A 3-year-old child and an 8-year-old girl in China are surprising many people with their skillful calligraphy skills. 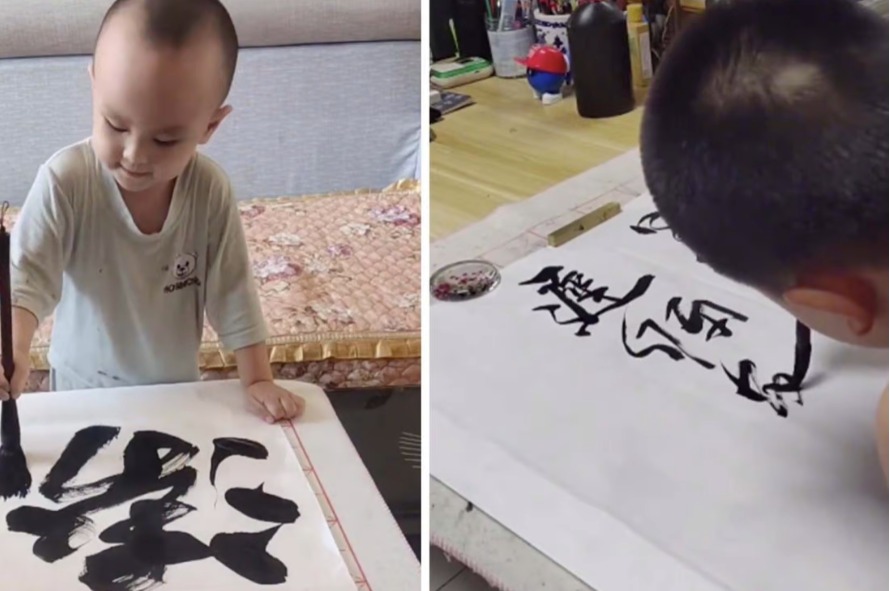 Many videos record the image of 3-year-old boy Gao Yubo and his cousin Gao Yuxuan, living in Qiqihar city, Heilongjiang province, practicing calligraphy with a large pen, causing a fever on Chinese social networks in the past few days. this month. “Children learn to write calligraphy by imitating adults, because both Yuxuan’s parents and my husband are calligraphers. To them, it’s like a game,” Miao said in an interview with Sohu.

Miao said that Yubo sometimes wakes up in the middle of the night to write because he is so passionate. “Once he got up in the middle of the night to go to the bathroom, then decided to practice writing. She went straight to the pen and wrote, telling her parents that she would go to sleep after she finished writing a word,” she said.

Videos shared by Miao online to Douyin reveal that she and her husband taught Yubo to write calligraphy not long after he was born.

“She started learning calligraphy at the age of 1 and can now write hundreds of ancient characters,” wrote Miao, captioning a video.

Miao said that she and her husband only let their son write for 10 minutes a day, not forcing him to study. She said the boy learned very quickly, after watching his parents write once or twice. The calligraphy skills of the two boys surprised many people because the handwriting was very beautiful.

“The boy is very calm and relaxed, each handwriting shows the style of a teacher. This is a genetic talent,” one person commented.

Another joked: “Are you tired, teacher? Take a break and drink milk.”