Comic author Waiting for Spring (Harumatsu Bokura) Anashin revealed on Twitter on Monday that her Unmei no Hito ni Deau Hanashi manga will be on hiatus for three months as she gives birth next month. The manga will return in the December issue, slated for an October 24 release. 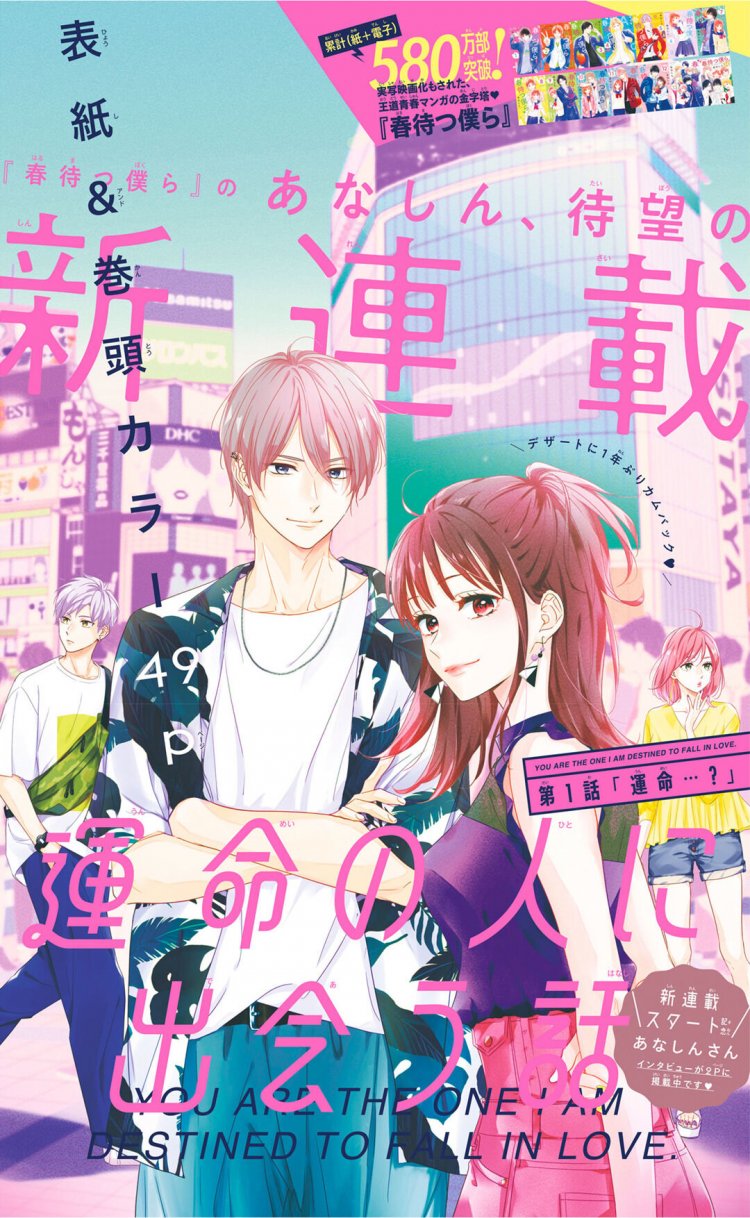 Anashin launched the manga in Kodansha, Dessert magazine on April 24. The love story follows Yūki Honda, a female college student who moved from the countryside to Tokyo and now lives alone. With her friend Sanae, she visits the club and encounters a guy with a very bad first impression.

Anashin launched Waiting for Spring in Dessert magazine in 2014. Kodansha published the manga’s 13th and final volume in December 2019. Kodansha Comics is publishing the series in English. Anashin launched a spinoff manga about “that person whom everyone is curious about” in November 2019, and Kodansha published a compilation for the side story labeled as the 14th volume of the series in May 2020. .

The manga was nominated in the 41st Kodansha Manga Awards in 2017, and the Young Adult Library Service Association of the American Library Association (ALA) (YALSA) listed the manga as a Minor. Great visual theory for teenagers 2018.

The manga inspired a live-action film that opened in Japanese theaters in December 2018 and ranked 7th at the Japanese box office.