Kodoani – A website opened on Wednesday to announce Eikyū Shōnen Eternal Boysan anime that will air on Fuji TV and other channels this fall. 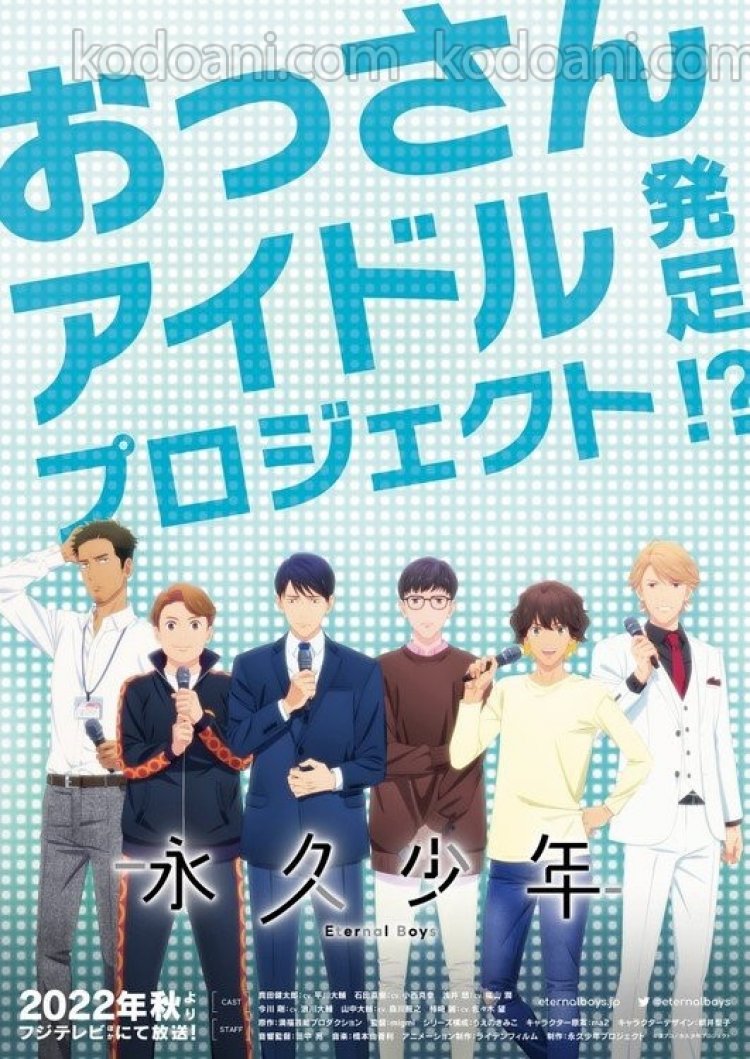 The story revolves around Eikyū Shōnen of the management company Manpuku Geinō Production, a group of male idols in their 40s. They strive to become idols and overcome barriers such as their age and physical condition.

Ryō Tanaka is directing the sound and Yukari Hashimoto (Mr. Osomatsu, Komi Can’t Communicate) is composing the music. King Records is handling the songs. The manga adaptation will begin serialization in Kadokawa’s May issue of Comic Gene on April 15, and the College of Performing Arts Human Academy is collaborating on the project.