The anime’s website also revealed new main staff and visuals for the anime: 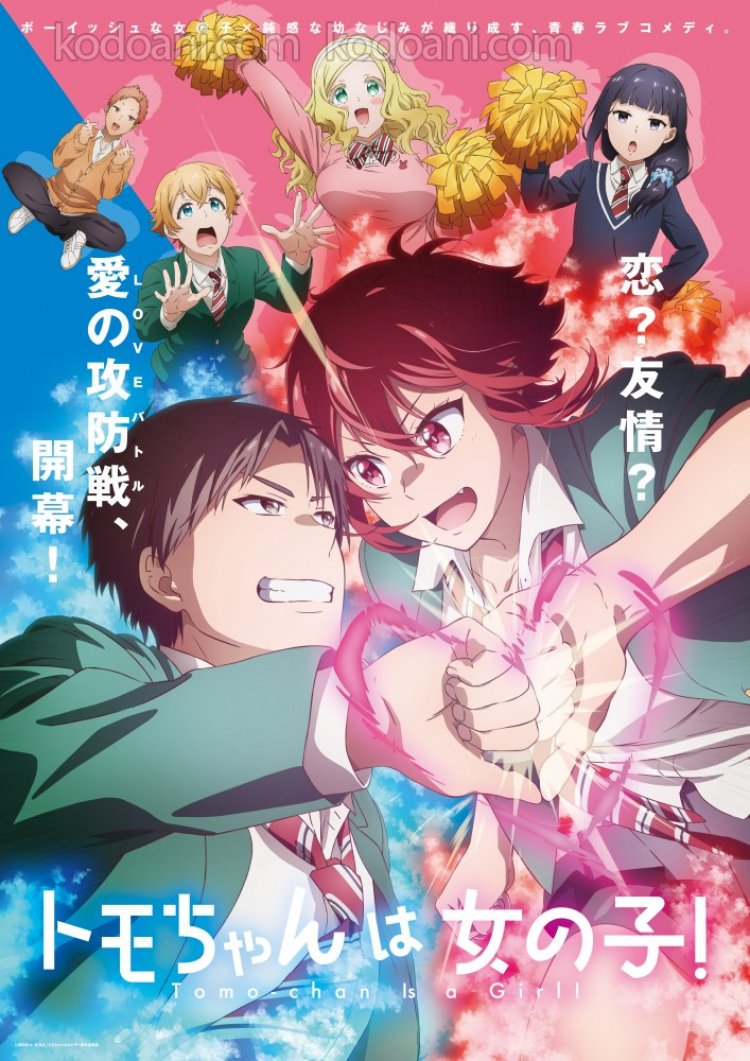 The newly announced employees are:

The anime’s website lists six Blu-ray/DVD volumes with a total of 13 episodes.

The anime will premiere in January with Crunchyroll streaming as it airs. This year’s Anime NYC event screened the world premiere of the first two episodes on November 19.

Hitoshi Namba is directing the anime at Lay-duce with assistant director Noriko Hashimoto. Megumi Shimizu (Banished From The Heroes’ Party, My Next Life as a Villainess: All Routes Lead to Doom!) is the main scriptwriter, and Shiori Hiraiwa is designing the characters. Masaru Yokoyama (Horimiya, Mobile Suit Gundam: Iron-Blooded Orphans, 2019’s Fruits Basket) is composing the music.

Manly high school girl Tomo Aizawa finally manages to tell her childhood friend Jun that she has a crush on him. Unfortunately, her confession hit him right away – he didn’t even realize she was a girl until middle school, and even now, Jun still considers her a girl. like a brother! How can Tomo-chan convince him otherwise and win Jun’s heart?

The manga ended on the eighth volume, which was published in September 2019.