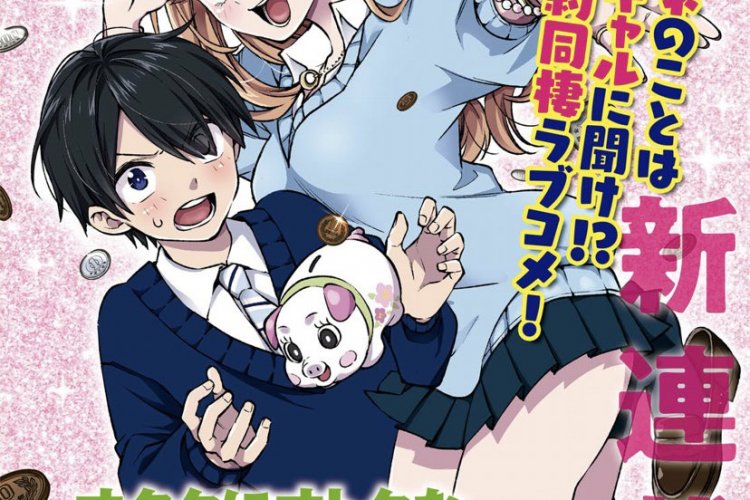 The September issue of Kadokawa, Shounen Ace magazine revealed on Monday that author Haruto Hino will launch a new manga titled Otaku ni Otaku na Gyaru Gurashi (An Otaku and an Otaku Gyaru’s Life Together) in the magazine’s next issue on the 26th. Hino posted the manga’s images on Twitter on Monday

A notice was posted in the September issue of Shonen Ace on sale today! It will be serialized from the October issue, which will be released on August 26 next month. Thank you very much! ! ! ! ???? I’ll do my best ~ pic.twitter.com/V3TNc0TIBQ

The series revolves around Yutaka Kongōji, the son of a wealthy family, but also an introvert and an otaku. He lives only to spend his meager pocket money on the idols he supports. But when his parents’ business failed, he and his family had to move into a shack. When his life is about to move to a new home, there he meets a friendly gyaru.

Hino and Kenji Saito recently ended the Samayoeru Tensei-sha-tachi no Revival Game (The Revival Game of the Wondering Reincarnated Ones) manga on July 9. Saito and Hino launched the manga in Dragon Age magazine by Kadokawa in April 2019, and Kadokawa published the manga’s third volume on January 9. The fourth volume will ship in September.

Hino launched Takunom in Shogakukan’s Manga ONE manga app in August 2015 and ended the series in June 2018. The series inspired a 12-episode television anime that premiered in January. 2018. Sentai Filmworks licensed the anime and streamed it on HIDIVE.