“At first I thought it was a cotton ball coming out of the earpads, but I was wrong.” 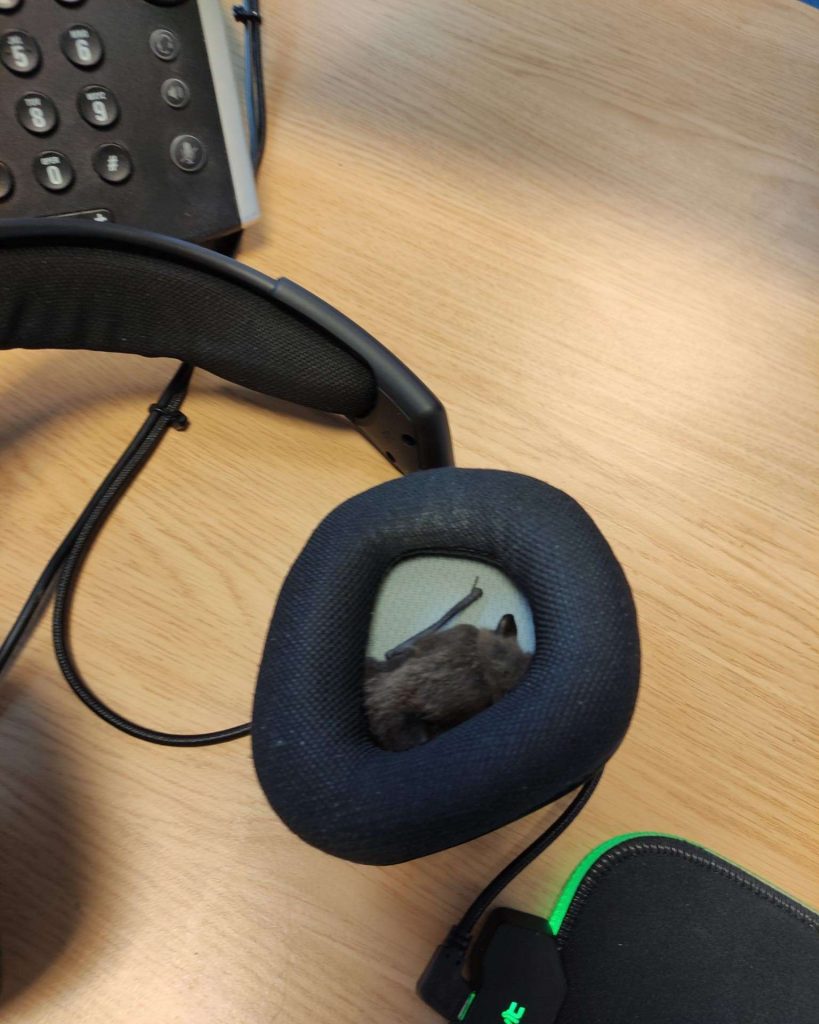 Soulhacler, a user on Reddit, his day started like any other. He was getting ready to put on his headphones and start up his computer. Right after that, he suddenly noticed that something was ‘clumping’ in his ear, when he took off the headset he discovered that a small animal had climbed into his headset and decided that would be the right place. thought to sleep.

Soulhacler wasn’t able to spot the animal in the first place because his earpads and the creature’s fur matched so well.

According to Soulhacler, “His coat is incredibly soft and feels like cat hair rubbing against your ears.” “When I first saw it, I thought it was a mouse because I really couldn’t figure out what animal it was.” The small animal is a bat, Soulhacler discovered when he checked his headphones.

Despite the fact that it’s a workplace at headquarters, Soulhacler commented, “It must have ‘got through’ the ceiling somehow. I’ve been told that when bats seek shelter, they may stop to rest first in places like office buildings.”

After finding out, he let the little bat wake up naturally and walked around his desk before helping it move into a cardboard box. The bat’s health was normal, although slightly dehydrated. 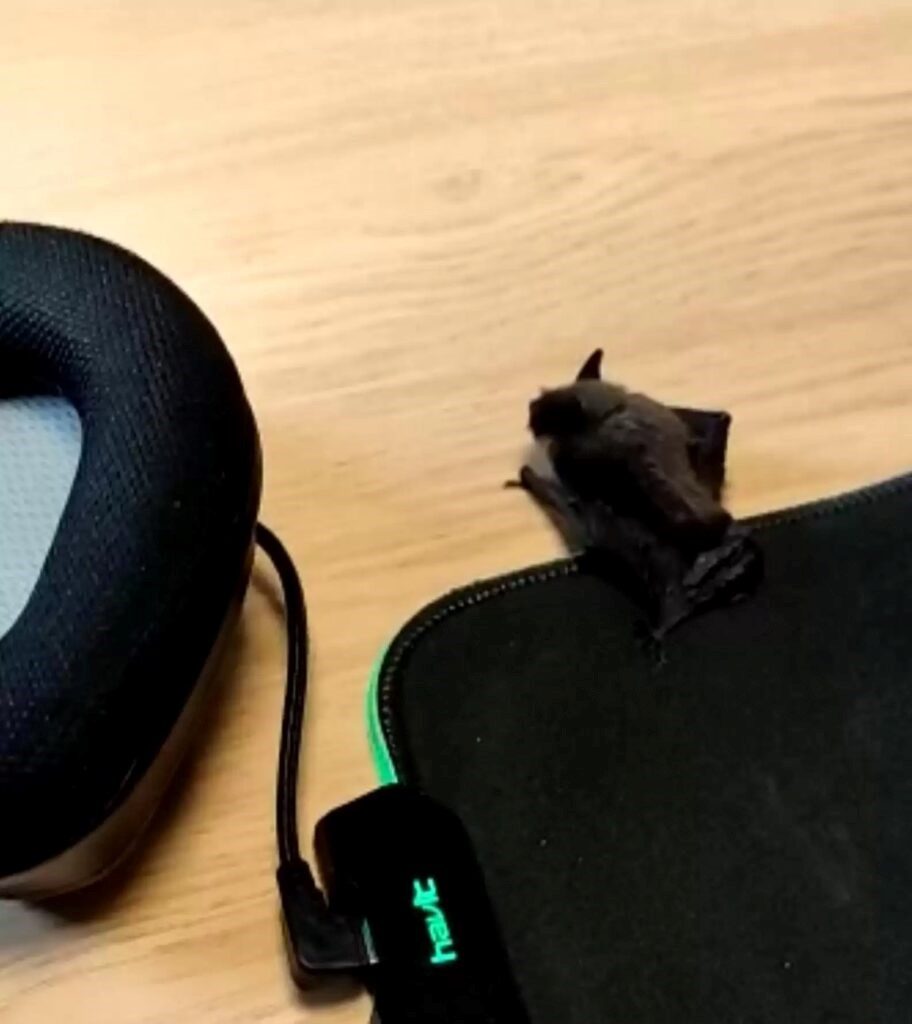 “After doing some research, I also discovered that bats cannot take off immediately like birds,” says Soulhacler. They have to make an extra ‘drop’ to fly. To make the flight, they must be at least 2 to 3 feet in the air, perched on branches or trees.”

Soulhacler and his colleagues contacted local bat conservation groups. Even if the guy Soulhacler didn’t intend to, but the ‘Batman’s mascot’ still chose his headphones as the ideal resting place.

See also: A Brazilian woman spends more than 17 billion on 20 surgeries to look like Kim Kardashian