In the last few Chapters, and the whole of Season 2 in general, the focus has shifted completely away from Denji and Asa as the protagonist of the story. She’s a traditional Shounen protagonist in a sense, at least compared to Denji.

The more we learn about her, the more we see how the capacity of the Demon of War is suffering from her good deeds. She always suffered for doing good, and losing her mother for saving a cat was the lowest level of her life. Her life takes a new twist when Denji begins attending her school. The demon of war took over her body to take revenge on the Chainsaw Man.

It used Asa to get closer to the Devil and increase its chances of victory by scattering weapons everywhere. But the War Devil becoming one with Asa began to change it a bit, and it started to become less and less over time, until the Chainsaw Man appeared.

Chainsaw Man Chapter 110 shows that the war is over and Yuko is freed from her Devil thanks to Chainsaw Man. But Asa lost control of the War Devil as soon as he appeared, and it vowed to fight it one-on-one. Meanwhile, Yuko fears that the Chainsaw Man will eat her, but Denji assures her that he is human inside. 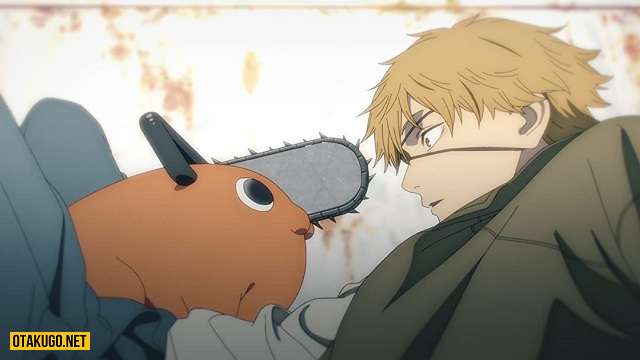 He was about to reveal that he was human when a limb of octopus wrapped around him and took him away. It was Hirofumi who kicked him out of the scene and reminded him that he would do whatever it took to keep his identity a secret.

What is the reason for the secret of his identity has not been revealed, but it may be related to the way the demon works by snooping on the fear of humans. Or, it could be a means to Keep Denji Rescued from the trouble he created, it’s less likely, but the possibility is there.

Chainsaw Man Chap 111 It would be an interesting read to read Yuko who has now turned into a demon. She goes to Asa for help but doesn’t want Asa to see her in her new form. If she becomes part of the roaster, it will be interesting to see a new group of characters come together. We’ll also get more hints about the Devil of Justice, since she’s the one who made a deal with it not too long ago.

Despite displaying abilities unknown to the War Devil, Asa continues to be haunted by her past in her dreams. For better or worse, demons are starting to become a part of her daily life, and she’s starting to change a bit too. But Justice Devil has a big hand in it. It is not clear at this time if it is direct or indirect. Now that Yuko is here, we can learn about the Devil in the pages to come.

What is the release date of Chainsaw Man Chapter 111?

The manga is scheduled to air every Wednesday in Japan. It has been released on a weekly basis, with no delay from the author. Chainsaw Man Chap 111 will be released on November 15.