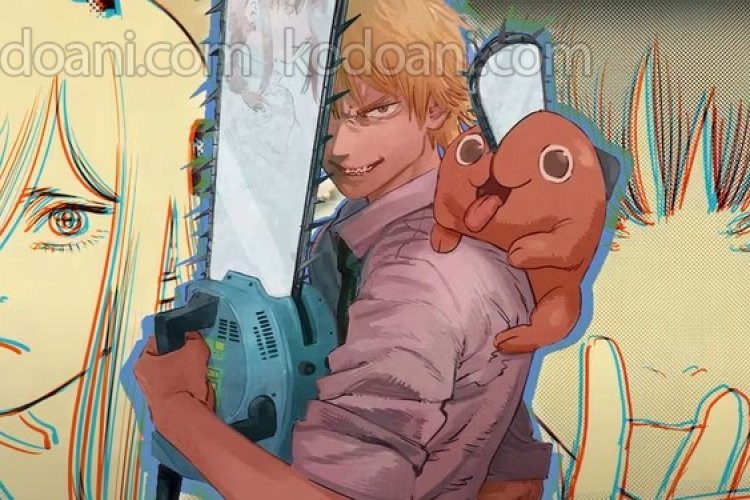 Kodoani.com – Chainsaw Man manga creator Tatsuki Fujimoto is not only a talented illustrator but also one of the most quirky personalities on Twitter. His presence on the platform is made even more comical as he technically only started posting under his own name this weekend, begging people to believe it was he.

Chainsaw Man’s botched information. I hope this proves it…! pic.twitter.com/8vrRry6wQn

For years, an account claiming to be Tatsuki Fujimoto’s sister regularly posted Fujimoto’s artwork. The account is said to be Fujimoto himself with the alias “Koharu Nagayama.” After the anime premiered, “Nagayama” began posting firsthand impressions and creator comments about the episodes, as if there were any prior doubts.

Unfortunately, the young “Nagayama” crashed her Twitter on Friday. According to Chainsaw Man manga editor Shihei Lin, the account was suspended due to the user’s self-declared age. Twitter users must be over 13 years old, but “Koharu Nagayama” has been in the third year of elementary school for at least two years.

As other Twitter users have pointed out, this line seems like an interesting callback to a scene from the manga when Denji tries to assert that he is the Chainsaw Man. In any case, Shihei Lin confirmed the next day that this new Twitter account (handle name @ashitaka_eva) belongs to “Tatsuki Fujimoto’s sister’s brother.” He continued that the account posted original rejected designs from Chainsaw Man as proof of identity.

You can see an example of this below:

So far, “Tatsuki Fujimoto” has been posting about his futile efforts to recover Koharu Nagayama’s account, calling for Twitter’s non-existent technical support for Japanese users. He has also posted random trivia about his favorite manga (Welcome Back, Shūzō Oshimi’s Alice) and Ghibli movies (Princess Mononoke and Spirited Away) if Koharu Nagayama’s account becomes inactive again. At the time of the next Chainsaw Man anime episode on Tuesday, “Tatsuki Fujimoto” announced that he would be posting his live drafts to this temporary account.

The account has more than 530,000 followers as of press time.