The city of Hefei (Anhui), which has the “ugliest” construction in China, is considered a faulty version of the Beijing Bird’s Nest.

Bird’s Nest is the name of a stadium built in Beijing. The purpose of this work is to serve the 2008 Beijing Olympic Games. This is considered a landmark project of China. 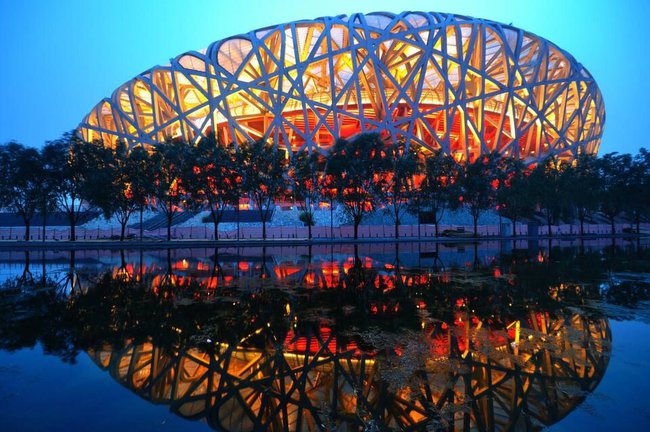 It is known that the Bird’s Nest project cost a huge investment: more than 2.2 billion yuan, equivalent to nearly 8 trillion VND. With a total area of ​​258,000 square meters, a capacity of 91,000 people according to international standards. Thanks to that, this Bird’s Nest has become a cultural symbol of Beijing City.

However, in Anhui city, there is a construction that is considered a miniature version of the Bird’s Nest, but in fact it looks more like a metal pile of firewood. Many people who see it for the first time even consider this to be a huge pile of scrap metal.

Art museum hidden under a pile of scrap 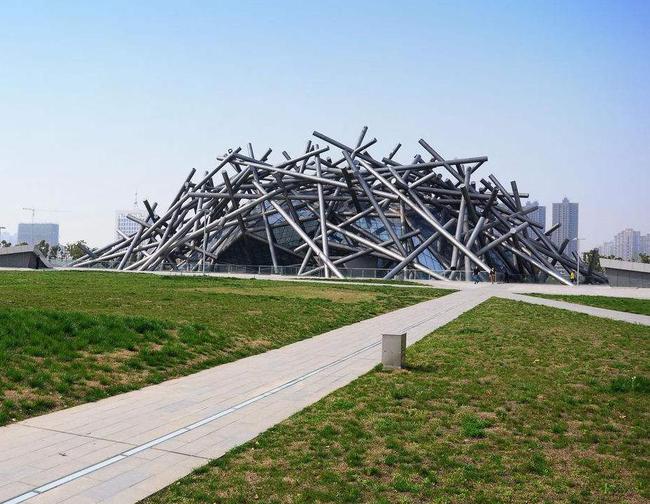 In fact, this is an art museum of the city, started in 2007 and completed in 2011, with an area of ​​16,307m2. With a modest investment capital, only about 188 million yuan, more than 660 billion VND, this project can still be considered a large exhibition center. Few people know, in order to create this strange, somewhat offensive architecture, the city government has invited many designers and architects to work together in the hope of being able to really create a miniature Beijing Bird’s Nest.

From the outside looking in, the museum’s outer layer is countless metal pillars stacked on top of each other to create a dome. People liken this design to look like a giant pothole. Even everyone agrees it is the ugliest building in China. 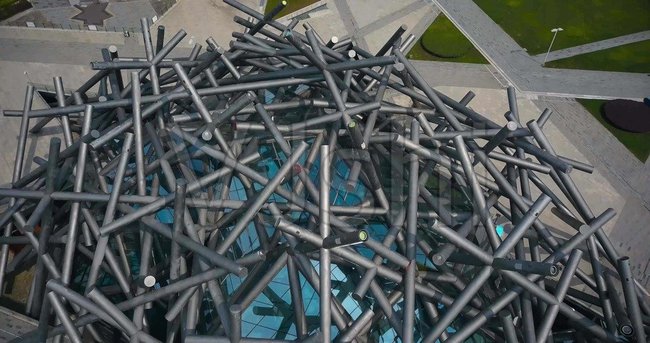 During the construction process, possibly because of its unusual architecture, the Hefei Art Museum encountered problems such as water absorption and unstable structure, leading to a delay of up to 4 years, despite being built. completed in 2011, but it was not officially put into operation until 2015.

“The Beauty of Chaos”

The main designer of this project is Mr. Meng Jianmin, chief architect of Shenzhen Architectural Design and Research Co., Ltd. This architecture, he said, is purely on purpose, not coincidental. 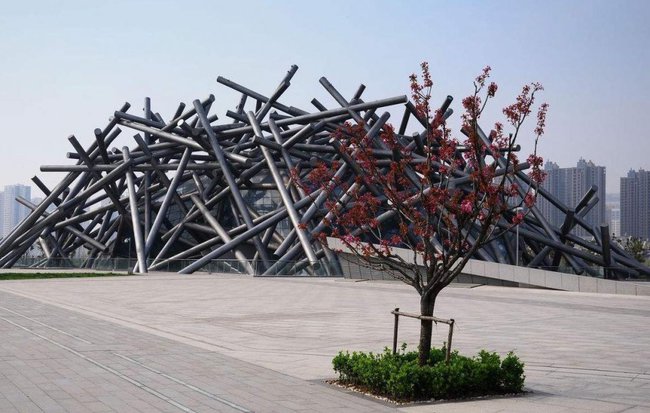 He said that this is a breakthrough in construction methods and architecture, but not many people perceive and receive it.

In more detail, the architecture of this work follows the direction of harmony between feeling and reason, a harmony between order and chaos, a combination of chance and rule. Since then, in order to fully appreciate the art of this work, it is necessary to be experts, who have knowledge in the profession, but ordinary people cannot do it. The art museum is 23 meters high from the ground and 7 meters deep underground. The rod-knit structure is considered a “construction waste” that people see is actually just a part of the whole architecture. Go inside to explore the underground space to see the uniqueness and ingenuity of the designer. In fact, how art feels is up to each person, there is no concept of good and bad for one or the other. Therefore, the new designer thinks that those who rate this building as bad, bad, can only explain simply that they feel that way, their aesthetic is like that. He also hopes that in the future more people will appreciate the beauty of this work.