Chapter 4 of Choujin X gives Tokio a lesson in the dangers of strangers when he finds himself in a compromising situation during his first date at the zoo.

The comparison between Choujin X and Ishida’s earlier work Tokyo Ghoul is really inevitable. The first few chapters of the previous season are filled with hints of author Sui Ishida’s previous series, from Tokio being a humble protagonist who gains supernatural powers through tragic means to the use of his face. mask until now, in Chapter #4, a fateful date with a monster.

In Tokyo Ghoul, protagonist Kaneki’s life is changed forever after his date with Ghoul Rize. In Choujin X, Tokio thinks he also met a nice girl who wanted to help him, but ended up getting more than he wanted.

The chapter begins with Tokio sitting on the rooftop, thinking about his life so far, depressed after being scolded by Azuma. Tokio knows that he never really made a choice without Azuma choosing for him. No wonder he became a choujin vulture – always chasing after Azuma’s crumbs. Even so, Tokio really wants change but really doesn’t know how to do it without relying on anyone else. 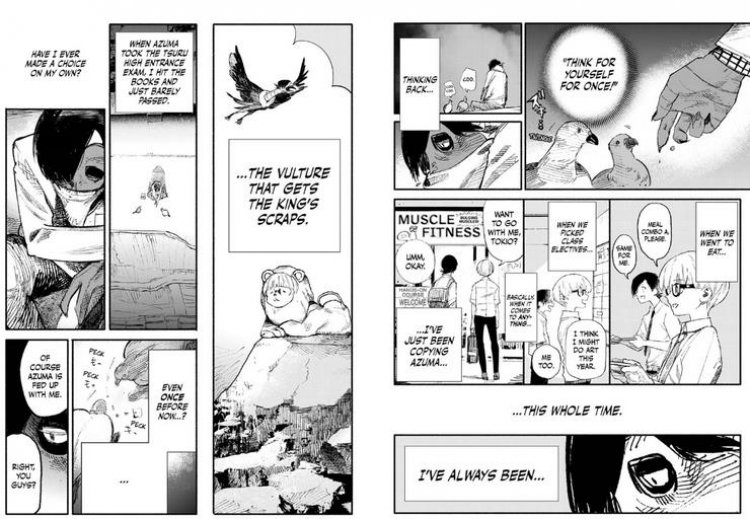 However, on the rooftop, Tokio discovered something interesting about his new form: he could communicate with birds. The pigeons offer some advice: Tokio should ask himself what Azuma would do. That way, Tokio could finally take control of some of his decisions without directly depending on Azuma. This boosted my confidence and started to discover some more hidden strength.

If the boy is trying to learn more about being a choujin vulture, the best way to educate himself is directly from the source. And so, Tokio goes to the zoo to visit the vulture he and Azuma met as children. However, the zoo was closed – well. Out of the corner of his eye, Tokio noticed a girl standing outside the zoo, wearing a scaled patterned hoodie.

The girl pointed to a staff-only entrance, where a barbed wire fence had been cut through and the two of them entered the zoo together. Tokio spent most of the meeting thinking it over, extremely nervous to be around such a beautiful girl. In Reptile Corner, Tokio looked a bit confused as the girl whispered to a snake. When asked, she told him that she asked the snake for directions. 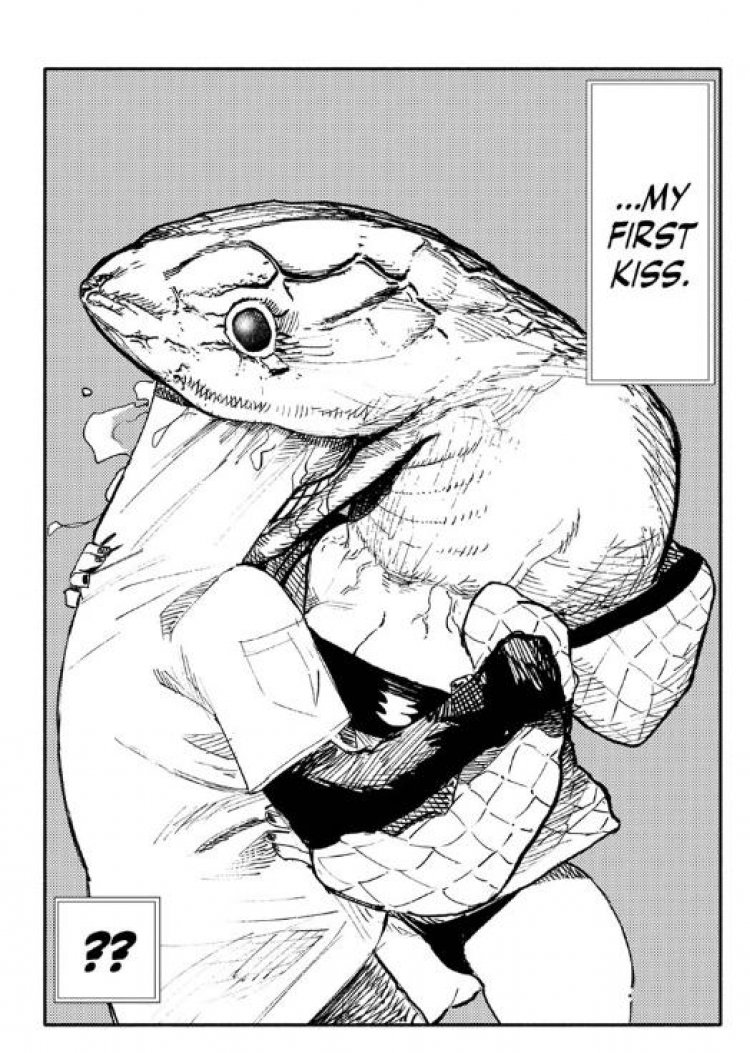 When they reached the Bird Forest, Tokio was relieved to see that the vulture was still alive, but for some reason he couldn’t communicate with it as easily as he did with the pigeons. The girl, amused by Tokio’s antics, suddenly approached and rushed in. For a split second, he thought he was going to lose his first kiss with this stranger…except for the girl who turned into a snake and swallowed his head. Too much for a romantic date.

If the girl was supposed to be Tokio’s ally, it was certainly an unusual way of introducing herself, at least. Right now, she doesn’t seem to have any ill intentions and can even tip Tokio about her powers. However, with her head down halfway down her throat, it didn’t seem like she was on Tokio’s side. But strange things happened in Choujin X.