Discovered a species of ruffled crab with an extremely strange appearance

Everyone must be familiar with the crab family: from field crabs to sea crabs, king crabs, giant crabs, etc. However, this newly discovered crab species is completely different.

Recently, scientists have discovered a completely new species of crab, they have a very strange appearance with a golden hair covering the body.

It is known that locals call them sponge crabs, and some other places call them fluffy crabs, possibly due to the appearance of this crab. Discovered on the south coast of Western Australia, with their distinctive golden plumage, they also have an additional hat-like shell made of sponge.

Scientists have named this crab after the scientific name Lamarckdromia beagle, belonging to the family Dromiidae in honor of HMS Beagle – where Charles Darwin conducted studies on this crab. 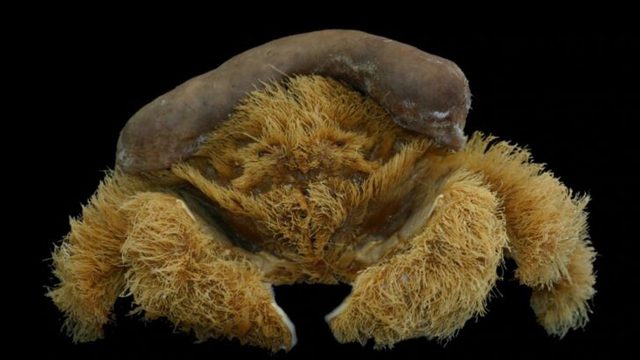 This crab was first discovered by an Australian family, when it washed up on a beach near the city of Denmark. They immediately sent the specimen to the museum for research.

Dr Andrew Hosie, crustacean researcher at the Western Australian Museum, said: ‘They always carry a sponge with them. In particular, they know how to “shape” the sponges by cutting them to best suit their appearance, increasing protection against other predators, which is interesting.” This defense method may seem like other crabs, but with the dromiidae family, the sponge will help them better camouflage. This crab species has been identified as a close relative of the hermit crab – Hermit crab, a crab that loves to pick up things around to decorate its shell. Maybe that’s also the reason why this new crab has a sponge on its back. 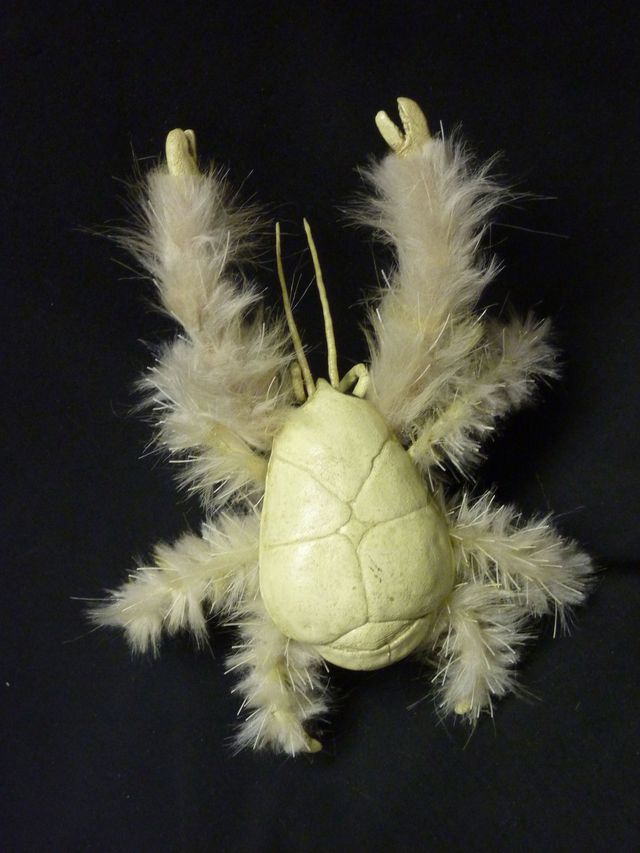 Because this is a newly discovered species of crab, scientists have not yet figured out why they have that shiny hair. 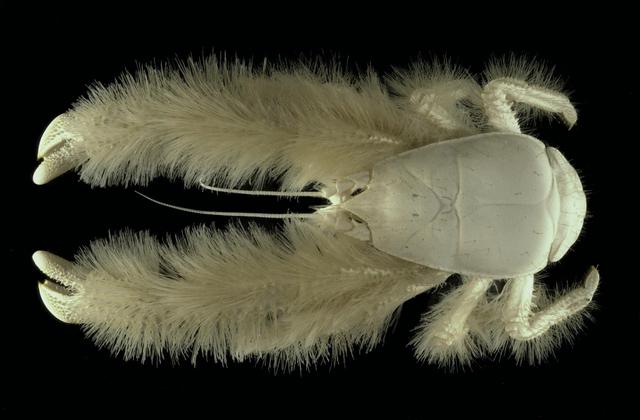 “All the crabs found possessed this hair, differing only in the size and number of hairs,” Hosie said. The scientists provisionally concluded that the plumage was also a method to help them better camouflage.