On May 12, the first leg of the MSI 2022 Kick-off round officially ended with almost no surprises. All the higher rated teams have convincingly won against the teams that are considered “underdog”. As for the tournament’s No. 1 candidate – T1, they continued to show their dominance when defeating DFM after only about 25 minutes of play. 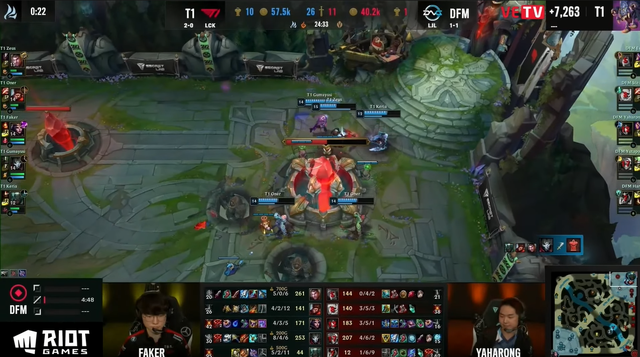 T1 continues to have another overwhelming victory at MSI 2022

Despite having so many overwhelming victories, T1 faced many difficulties before entering the competition at MSI 2022. In a recent interview with InvenGlobal, T1’s Jungler – Oner revealed that This team doesn’t have much time to practice for the tournament. Even for the T1 team, this warm-up round is their practice period and the LCK champions have only shown about 60-70% of their strength.

Q: Keria said that T1 is currently using this warm-up round for scrims. So how was the training?

T1 Oner: Like Keria said, we didn’t have too much time to practice for MSI 2022 so we used this warm-up round to do so. We’re playing the champions we want to find the meta.

Q: There seems to be a lot of preference in picking Wukong in this tournament. What do you think about Wukong?

T1 Oner: I think Wukong is a top champion. This champion jungling is not slow but the fighting is extremely strong, so this is an extremely good choice at this time.

Q: So how do you rate the current strength of T1?

Q: So what will you guys do to reach 100% strength in the next round? 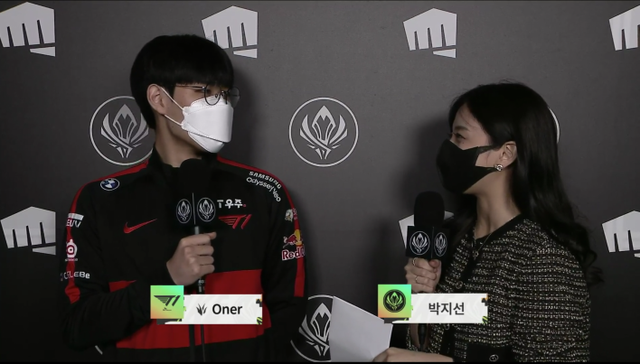 Indeed, if you look back at T1’s picks in the past 3 matches, they will see that they are experimenting with a lot of new lineups and options. Especially in the position of Oner and Keria when choices like Wukong, Kindred, Pyke are all very different from T1 itself in the last spring tournament. Even Gumayusi also changed a bit about the style of play when choosing ADCs who were “background” for teammates like Senna or Jhin.

Looking at T1’s picks after the first 3 matches, it can be seen that they are experimenting a lot in 2 positions Jungle and Support.

Having to participate in a selection process to go to the Asian Games which is quite “crazy” of KeSPA, the T1 players did not have much time to practice. So it’s quite understandable that they tested other champions in the Play-In with “underdog” opponents. Perhaps T1 will continue to test in the remaining matches of the Warm-up round before entering a Melee round that promises to be extremely intense with the participation of RNG, G2 Esports.