This chapter, unlike the others, is less tragic and more about the relief aspect. This chapter begins with Kareri and Albert successfully protecting the ISS from meteorites. Everyone finally breathed a sigh of relief. 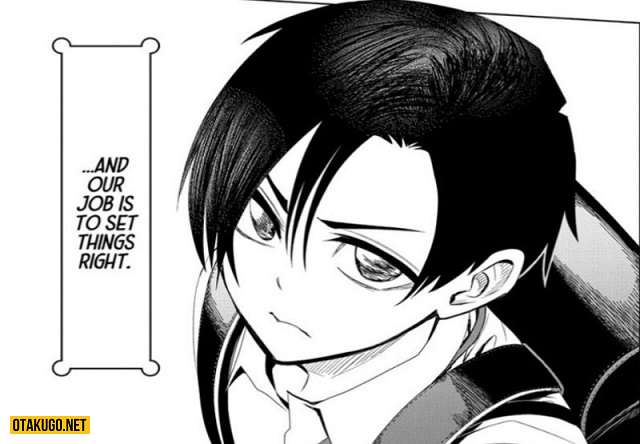 But as a brief scare, the ship began to change course. This leads to everyone being shocked and concerned that they have another crisis to care for again. But surprisingly, it is not a crisis. That’s Mamoru.

By the nature of Earthchildren, he forms a strong telepathic connection with his parents. Turns out he was taking control of the entire ISS by himself. Kareri and Sawada are happy and proud of their son for being so talented.

Then the ship finally landed on Earth. Mamoru immediately shoots at his mother, and they finally meet again. Sawada’s family is finally together. Everyone finally celebrates the success of the quest.

Now that Mamoru is with her parents, their telepathic connection is even stronger. Witnessing this, Katagiri suggested that they act as a family of Earthchildren on a mission together. Since Reisuke is an amplifier, both Mamoru and Kareri’s powers will be enhanced, and they will be able to complete missions with less danger. 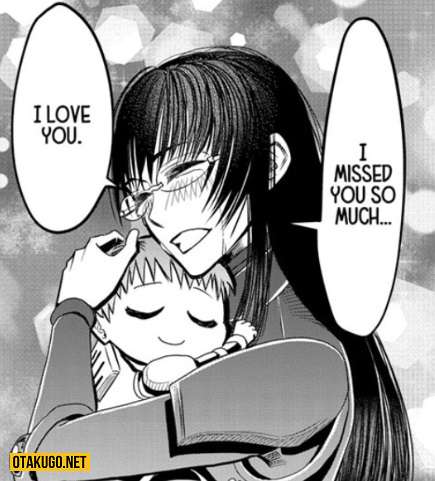 Earth’s warning flashed through Reisuke’s mind, but he agreed to stick with his family and protect them. Then we have a skip period of 6 years. Mamoru is going to school while Reisuke and Kareri see him off.

The narration turns to Mamoru’s poem. He tells us how fate has always gripped his family. How they still have to fight the whole universe is against them. He expressed his family’s determination to make things right because Earthchildren has suffered for so long.

The chapter ends by revealing how Mamoru looks after the passage of time.

Shinkai has given us another surprise by introducing a new arc. Fans are at the same time shocked and excited because now we are sure that the manga will continue with many more chapters. This series has been speculated to be a short, but now we know we have more to look forward to. The Chaps so far seem to be part of a long prologue and prologue. Despite that, the manga is still one of the most heartbreaking and beautifully written.

Now that the new arc is coming, we will have Mamoru as the main character. We will now see his journey from the ground up as Earthchild who will fight his faith and set things right.

Needless to say, Earth will now be the main antagonist of the series. It’s also likely that we’ll see new characters and elements added to the manga.

As far as we know, the manga will now be even better with high stakes. We’ll wait and see what Shinkai has planned for us.

Theo Shueisha, Earthchild Chap 22 will launch on June 24, 2022, on a weekly schedule. So far, we haven’t had any weeks off from this manga. This means that the manga will likely continue with stable releases. However, the next chapter will definitely tell us more about the mature Mamoru and his personality.