A Twitch streamer recently gifted popular singer Drake a Gaming PC set, but the online community is ‘outraged’ at the price of the PC set. 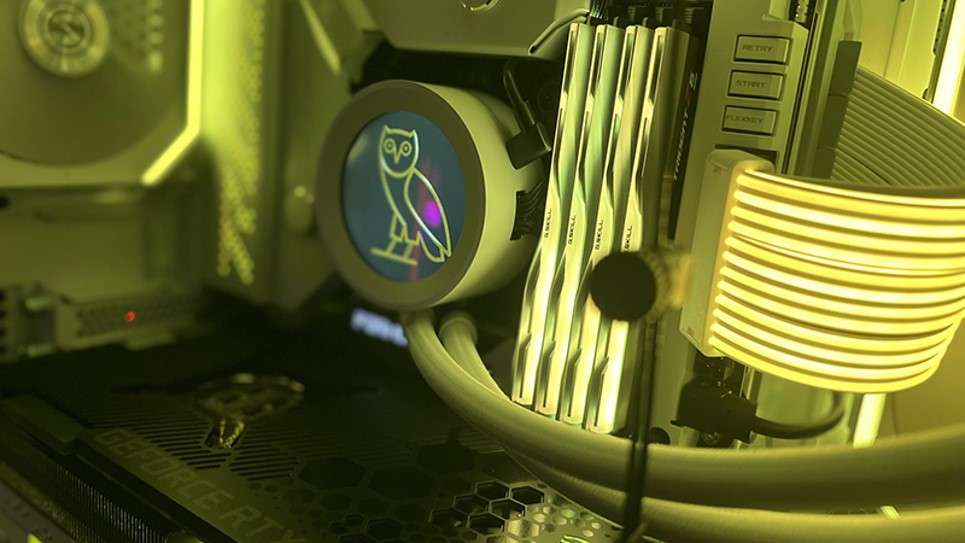 Although you all will know that celebrities, no matter how rich they are, are always given free expensive items from fans or sponsors, but today we are going to take a look. specific gift. Partly because it is a gaming PC, but the rest is a matter of the price of the PC kit.

E-sports player Jake Lucky posted on Twitter about this gift today and has caused mixed reactions from the online community:

The replies to this status line seem to be quite harsh, “It looks like sh*t“, “That’s too high a price“, “Lmao all that just to make a name?” This PC was custom setup by Paradox Customs – bought by Twitch streamer “Xposed” for singer Drake as a gift.

In the time between the first order of equipment until the full, the market for PC parts has been ‘inflated’ for some reason. Streamer Xposed used the excuse that he had to pay some Canadian taxes on machine parts and then had to pay all for $ 8000 (VND 187 million). But Paradox says the actual cost in July 2022 is just under $6,500 for the entire Drake PC, including taxes.

Drake’s PC being $8,000 isn’t entirely true, nor should it be hated on. The prices on a lot of parts have gone down since Xposed first paid too. This is the current breakdown of the specs: pic.twitter.com/YdFlO0uimO

Before the controversial incident, Streamer Twitch Xposed presented an explanation to calm the matter down, saying that he ordered and designed a PC gaming kit for Drake because he helped the male rapper launch one. PC entered earlier:

It isn’t about the money or Drake already having money, see a lot of hate. I was in the market for a PC so I decided to get Drake a custom PC too with it because when I got asked to setup his stream the first time I got him a prebuilt from Best Buy because It was short notice. https://t.co/XyDzrUlIQO

In December 2021, Xposed signed a partnership agreement with Stake, a shady and controversial online gambling and sports betting site that Drake happened to be constantly streaming and promoting at the same time. and who shared the arrival of this new PC on their social networks.

See more: While practicing drifting and livestreaming, Twitch streamer is ‘lucky’ to escape an accident during practice