Fans were shocked when they heard that Free Fire phones were used at SEA Games 31, PUBG Mobile players “can only cry”

Free Fire and PUBG Mobile are two of the Esports titles that will become the competition content at the upcoming SEA Games 31. These are also two of the competitions that Vietnam hopes to win gold at the Southeast Asian Games held at home this time. Therefore, it is easy to understand why both have received the attention of the gaming community as well as the sponsors. 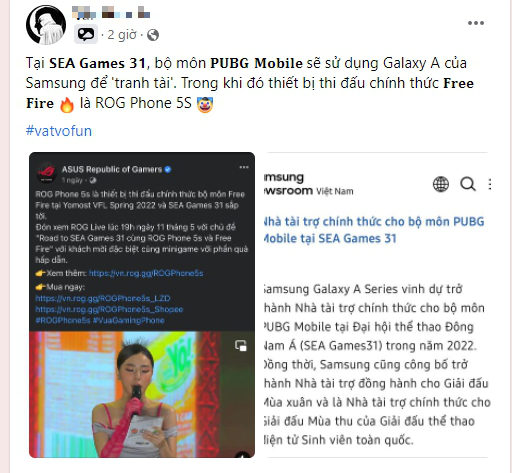 According to information spread by fans in the past few hours, the PUBG Mobile team will receive sponsorship from the Samsung brand. According to the shared image, “Samsung Galaxy A Series is honored to become the Official Sponsor of PUBG Mobile at the Southeast Asian Games (SEA Games 31) in 2022”. Currently, it is not clear which device in Samsung’s Galaxy A series will become the official device for the upcoming SEA Games. 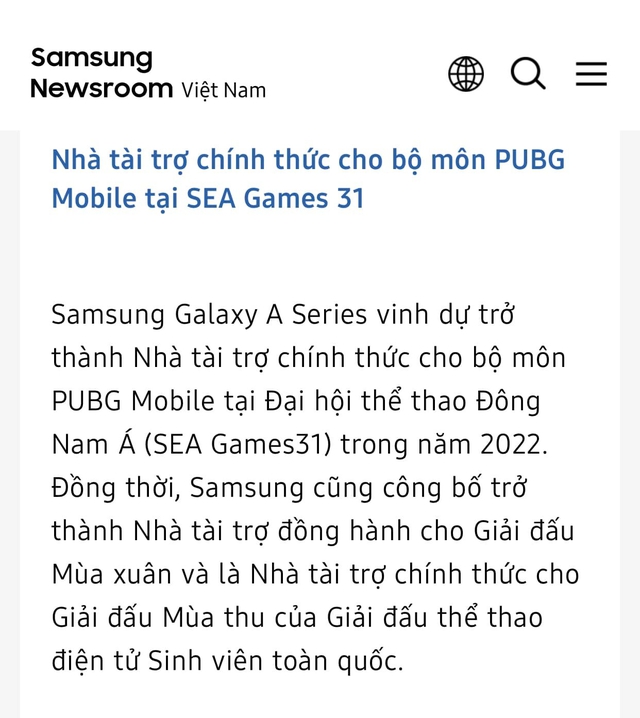 On the Free Fire side, ROG Phone 5s, the latest smartphone from ASUS, is officially the device for Free Fire at Yomost VFL Spring 2022 and SEA Games 31. This makes the gaming community surprised when ROG Phone 5s is considered one of the most powerful gaming phones currently on the market. 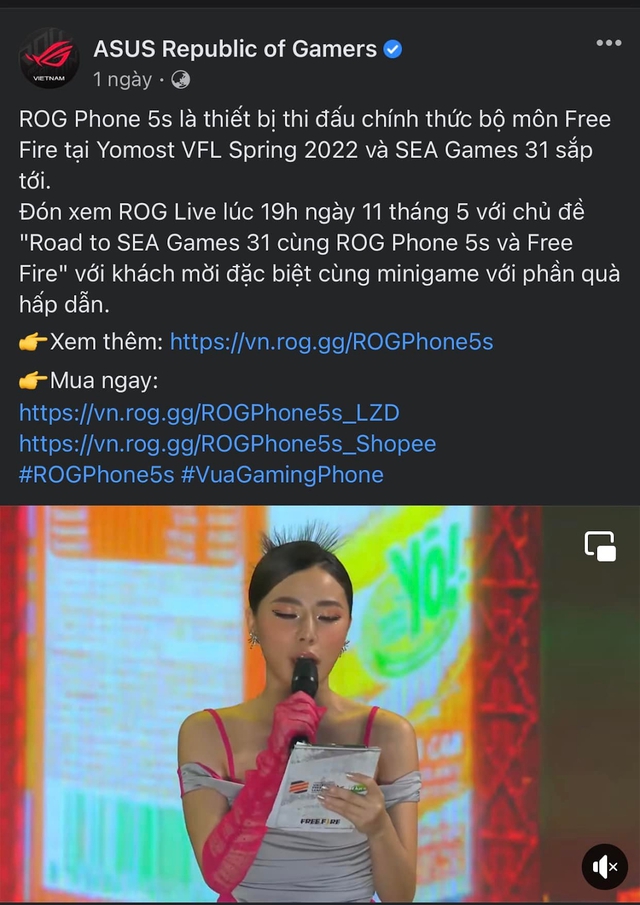 The fact that Free Fire, a game that does not require too high a configuration device, is considered a “killing chicken with a buffalo scalpel”. Meanwhile, PUBG Mobile, which is considered to have a rather “heavy” graphics platform, makes the gaming community nervous. 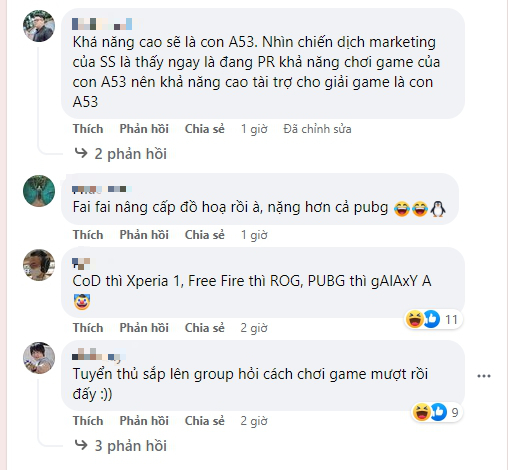 One gamer commented, “Most likely it will be the A53. Looking at the marketing campaign of SS, you can immediately see that it is promoting the gaming ability of the A53, so it is highly likely that sponsoring the game tournament is the A53. Hopefully, no matter how much it’s ROG Phone 5s or Samsung Galaxy A, Free Fire and PUBG Mobile will still bring gold to Vietnam’s e-sports at this SEA Games.