Free Fire claims to be the ‘first community of gamers to build a highland school’, making fans of Team Mixi angry

It is a very meaningful event, but because Free Fire claims to be the “first community of gamers to build a school”, it has caused controversy among fans of Team Mixi.

Recently, Free Fire has launched a series of events on the occasion of its 5th birthday. Among them, there is the event “Treasure Hunt” which is praised by many people with the very meaningful goal of building schools for children in the highlands. This event has the presence of famous KOLs in the Vietnamese gaming industry such as BLV Hoang Luan, streamer AS Mobile, streamer Ha Thao Linh, MC Minh Anh, etc. The event featured top Free Fire streamers like AS Mobile.

When participating in this event in Free Fire, gamers will have the opportunity to “become part of the first gaming community to build a school for children in the highlands”. The article is being spread among the gaming community.

According to many gamers, this is a very meaningful event and helps the Free Fire gaming community to build a beautiful image in the eyes of the Vietnamese gaming village. However, the line “first community of gamers to build a school” has caused some people to leave controversial comments. Many gamers commented that Mixi Team and MixiGaming Tribe are the first community of gamers to build schools for children in the highlands.

More specifically, many gamers believe that it is not the Free Fire community but the MixiGaming Tribe that is “the first community of gamers to build a school”. Because in the past, Team Mixi has used donations and pocket money many times to build bridges, build schools, etc. Therefore, many comments have mentioned Team Mixi’s name and “stoned” Free Fire.

“Probably the Tribe is a soccer community.”

“But the Do Tribe is a cake-selling community.”

“The Tribe to show off?” 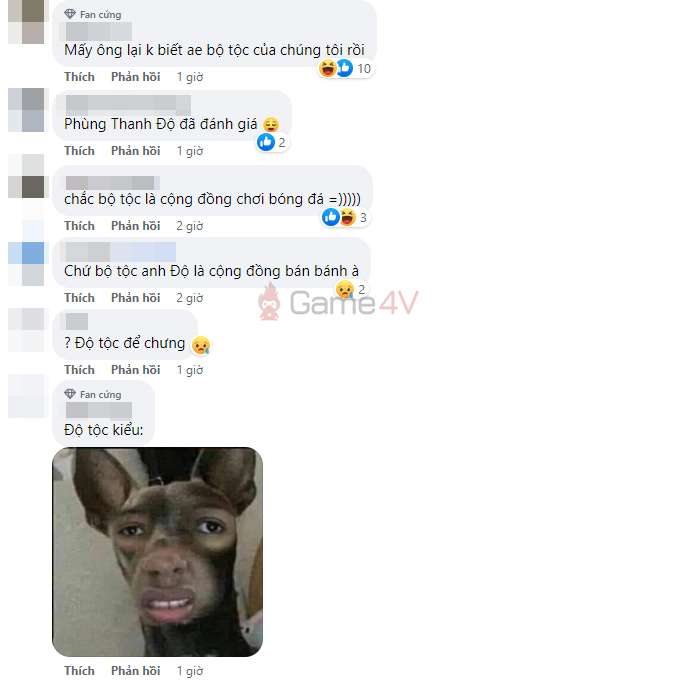 A series of comments called the Mixi Team and the MixiGaming Tribe.

“Someone alone with his community just laughs.”

“Charity like that is totally commendable, but the community first has to take a look.”

“No matter how many Tribes contribute, there is only one Free Fire now.”

“So what did our Tribe build?” 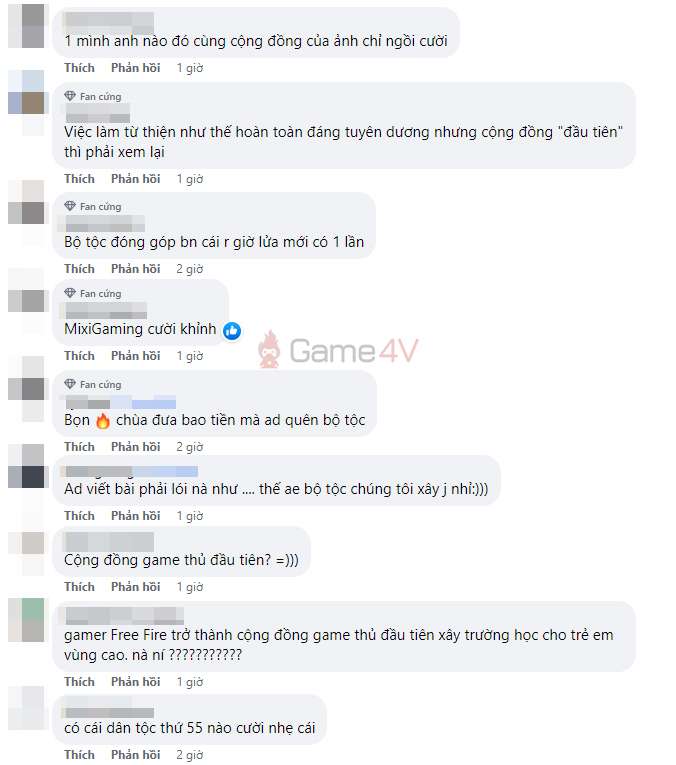 On the contrary, there are also many gamers who think that Free Fire is right and that the MixiGaming Tribe is not a “gaming community”. Currently, mixed opinions are still erupting in the “Free Fire” Treasure Hunt event posts.

See more: Free Fire ‘plays big’ in collaboration with star Justin Bieber in the event to celebrate his 5th birthday