GAM has 3rd loss at VCS Summer 2022, fans frankly: ‘Don’t dream of Worlds if you fight like this’

GAM had the 3rd loss at VCS Summer 2022 against rival CES and really made fans lose faith in Levi and his teammates.

GAM Esports in VCS Summer 2022 no longer carries the shadow of “Terminator” like the previous Spring. The yellow-black team is still able to win against weak teams, but a champion must also win against direct competitors. And that is something that up to now, GAM has not been able to do. However, on the match day of July 22, they will have a confrontation with CERBERUS Esports – the opponent also has the same difference of 2 wins – 2 losses as GAM (as of before this match). GAM is going through a very difficult period

However, after game 1 was too easy and when GAM fans thought of a destruction to end the game quickly, GAM returned to the appearance of having lost to SBTC Esports or Saigon Buffalo. Discrete gameplay, caught cards but no solution… too many reasons and in the end, GAM sadly received the 3rd loss this Summer. Notably, all 3 of their losses were against direct competitors for the title as well as a place at Worlds 2022.

Witnessing this failure, even GAM fans could not hide their disappointment. Because, obviously their players can win. However, GAM lost itself at important moments, made the wrong decisions and since then lost the whole game to “God Dog”. There is even an opinion that, if GAM competes like that, it is impossible to hope for the upcoming Worlds 2022, not even being able to guarantee a place to attend the biggest tournament in the village of League of Legends. 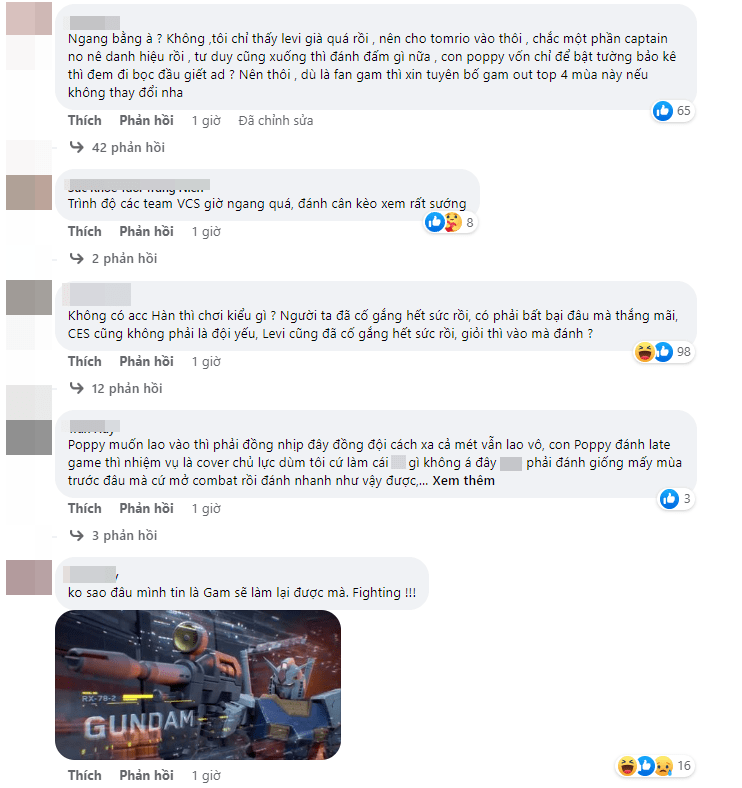 The team’s fans couldn’t be more patient either

GAM is having too many problems

It’s still difficult to qualify for Worlds 2022, not to mention the title fight

GAM is in an extremely difficult period this season. They did not show the strength of the championship candidate and did not show that they would be able to make a big deal at Worlds 2022, or at least have a chance to win tickets to this tournament compared to their competitors. If GAM can’t overcome the weaknesses, play brighter, a worse scenario than the defeat before CES is coming very close.