At the age of 26, Clinton Stamper is still passionate about hunting sales and using discount codes despite owning an extremely impressive salary: $ 270,000 / month.

As a Google engineer, Clinton has a dream salary for anyone: 270,000 USD/month, equivalent to more than 600 million VND. This is nearly 5 times the average salary of the American people. 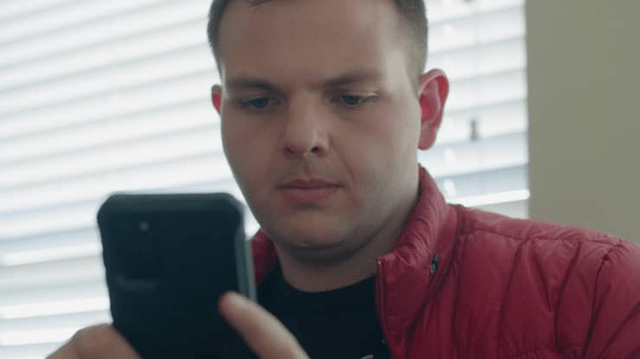 However, he said he still has a passion for buying discounted goods and hunting many items on sale.

Accordingly, Clin limits each of his meals to only about 5 USD, equivalent to more than 100k VND, this number seems big in Vietnam but compared to Europe, it is really too low. He said, to reach that number, he participated in many promotions, and used a lot of discount vouchers at supermarkets and take away places.

Growing up in suburban Ohio, he learned frugality at the age of 6, after his parents divorced.

At that time, his mother was a small reporter, she was the only source of income for the family, and at the same time had to bear the burden of his sister who was suffering from cancer. Sharing with reporters, he said: “We hardly have enough money to buy food. Fast food restaurants are a luxury, and we frequent the same dollar restaurants.”

Currently, thanks to his impressive academic achievements and talent, just a short time after graduation, Clin has become a software engineer for Google in Austin, Texas with a salary of more than 600 million/month. but his frugality remained intact.

Ever since he was in school, Clin had earned his own income by tutoring and selling knick-knacks. He also used to code around, buy and sell virtual items in the game, invest in cryptocurrencies, etc. These jobs helped him earn about 30,000 USD (700 million VND) while still in high school.

But perhaps this amount was still nothing compared to the fees he had to pay when he went to college. Clin had to shoulder an additional student debt of nearly 45,000 USD (more than 1 billion VND) during his studies. When he had a large amount of money in hand, plus being in a comfortable university environment, he spent most of the money he saved. Moreover, after graduating and getting a job at Amazon, Clin even spent more to serve other needs. He used to rent a rather large house even though he was alone, and bought expensive things even though he rarely used it. The reason he shared was that he had never been able to spend money so cheerfully before.

However, fortunately, Clin calmed down and thought more clearly, he began to regret and was determined to spend as little as possible. In addition to basic needs such as food, clothing, housing, .. the rest of the money Clin put all into paying student loans. Thanks to that, in only nearly 2 years, he had paid off all of it.

Each month, Clin plans to spend only about 15,000 USD, or more than 350 million VND. Of that 60% he will invest in future reserves such as retirement funds, insurance, securities, etc. Clin was also very hesitant when buying a house. He wanted a house close to work in Texas, but the prices here were quite expensive so he had to think very carefully, taking dozens of times to consider many different options. He ended up closing a 5-bedroom home in Pflugerville for $638,000, which he was quite pleased with. Clin lives with his girlfriend and sister, and he doesn’t take any money from them because they’re both still in school..