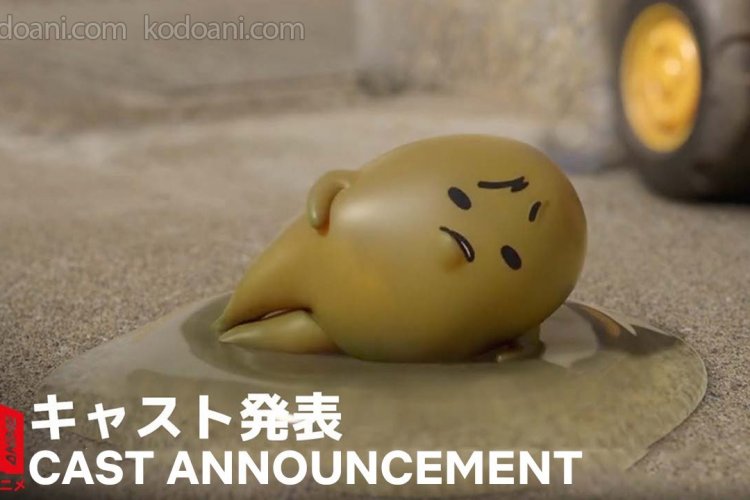 Netflix announced earlier that Shunsuke Takeuchi will play the main character Gudetama, as well as 24 other characters in the series. Seiran Fukushima will play Shakipiyo, Gudetama’s friend.

The series will premiere in Japan on December 13, and will also premiere on Netflix worldwide on the same day.

Southern All Stars member Yūko Hara (not related to the voice actress of the same name) will perform the series’ theme song “Gudetama March.”

A sad, empathetic road movie about finding one’s parents — for everyone who just wants to be lazy!

Accepting the fact that it would just lie on someone’s plate, Gudetama just wanted to be lazy all the time. But, carried away by the overbearing chick Shakipiyo, it left the refrigerator and stepped out into the world. Together, these polar opposites begin their adventure to find their mother!

Gudetama joined Sanrio’s popular group of characters in 2013. Sanrio describes Gudetama as a dead egg to the world and a complete lack of motivation. No matter what cooking method someone used, Gudetama remained unwavering.