Immerse yourself in the opening and ending songs of the anime Kaguya-sama: Love is part 3 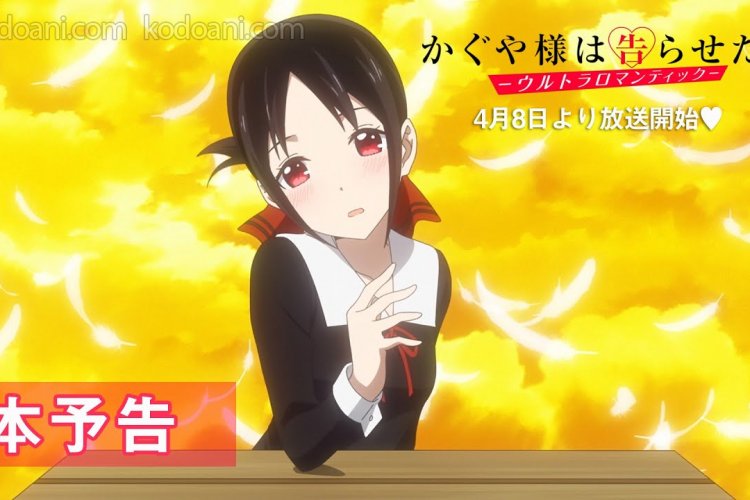 Kodoani.com – Aniplex posted a trailer on Saturday for the anime Kaguya-sama wa Kokurasetai -Ultra Romantic– , the third season of the Kaguya-sama: Love is War anime. The video reveals the opening and ending songs. Masayuki Suzuki will return to perform the opening theme song “GIRI GIRI” with Suu. Airi Suzuki will return to perform the ending song “Heart wa Oteage”.

The anime will premiere on Tokyo MX, BS11, Gunma TV, and Tochigi TV on April 9 at 12:00 a.m. JST. The anime will also air on MBS, RKB, and TeNY. The series will stream on Abema.

The new season will have the cast and staff returning.

The previous two anime based on Aka Akasaka’s Kaguya-sama: Love is War manga premiered in January 2019 and April 2021.