Although the outcome was expected, it was still an interesting fight. Since the beginning of the Culling game, Gege Akutami sensei has used a template for each colony. So far, we have seen three colonies starting with Colony #1 Tokyo, Colony Sendai and Colony #2 in Tokyo. Raw scans and reveals for Jujutsu Kaisen Chap 190 besides ending the fight between Hikari and Kashimo hinting at the next colony with a new character focus. 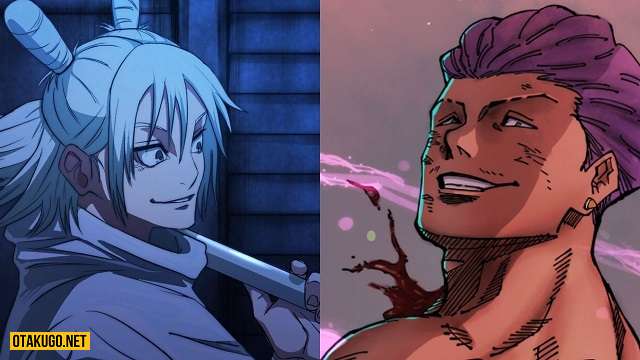 Jujutsu Kaisen Chapter 190 Spoiler: The battle between Hakari and Kashimo is over

The underwater battle ended when Kashimo released his cursed energy into the seawater, which converted into heat energy due to sodium chloride in the water and caused an explosion of steam. Panda actually survived the fight and he’s fine. Although he has shrunk down to the size of a small plus, this makes him even cuter and Panda also sees Hikari’s left fist lying around the surface. Kashimo rushes out of the explosion thinking that Hikari might be dead, however, Hikari punches Kashimo. 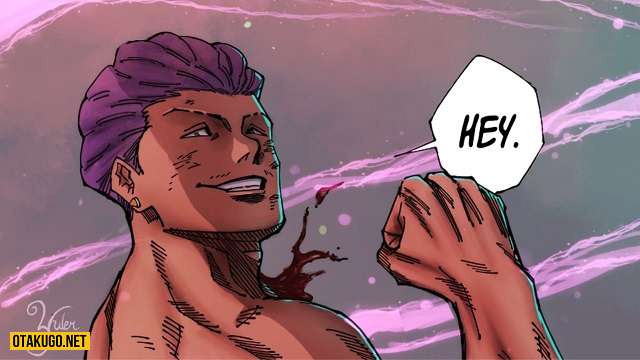 We know that, when Kashimo released his cursed energy into the seawater, he made sure to grab Hikari’s left arm so he couldn’t make a hand sign to form a domain. However, Hikari made a binding oath to sacrifice her left arm and protect her entire body. With no cursed energy left, Kashimo tells Hikari to kill him but since Hikari wants 100 points add a new rule he won’t kill him. Hikari also tells him that he didn’t really win this fight because Kashimo didn’t even use his cursed technique. Kashimo tells him that he can only use his cursed technique once and that he will only use it against Sukuna. He made a deal with Kashimo that he would let him fight Sukuna and until then he would stay with them. Maki and Noritoshi in Sakurajima Colony

After slaughtering the entire Zenin clan, Maki entered the Sakurajima Colony and she is killing all the cursed souls. There, she meets Noritoshi, who also has a new hairstyle. Both talked about their new arrival and complimented them. Noritoshi tells Maki that because the position of the Kamo clan has fallen into the hands of others, he has been excluded from the family because he is an illegitimate child in the family.

Since the curses and witches in the colony were in Noritoshi’s care, Noritoshi suggested that they should leave and meet Ui Ui. Maki is hesitant to work with Ui Ui and Mei Mei because the two brothers are always conspiring. Before they could end their conversation, a new cursed spirit entered.