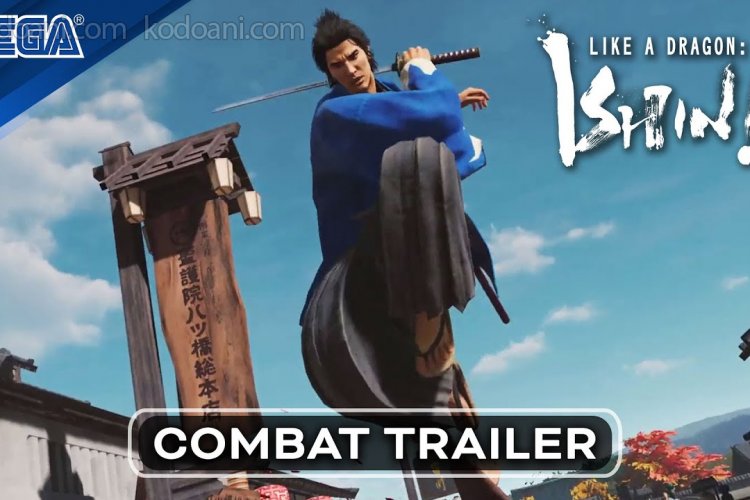 The game releases for PS5/4, Xbox Series X|S, Xbox One, PC on February 21 with early access on February 17

The company also announced that the Digital Deluxe Edition of the game will give players early access to the game on February 17. This version will include expansions that upgrade weapons for several other characters. each other as well as three complementary weapons.

The game will launch for PlayStation 5, PlayStation 4, Xbox Series X|S, Xbox One, Windows, and PC via Steam on February 21 (February 22 in Asia). The previous version of the game, Ryu ga Gotoku Ishin! , has never been released before in the West. The new version will use Unreal Engine 4, the first version of the developer Ryu Ga Gotoku Studio.

In the 1860s in Kyo, a solemn samurai’s fight for justice changed the course of Japan’s history forever. Draw your sword and join the revolution in this sizzling historical adventure.

The game features a new “Legendary Dragon” – real-life historical character Sakamoto Ryōma (who looks like Kazuma Kiryu). Sakamoto helped lead the overthrow of the Tokugawa shogunate that led to Japan’s Meiji Restoration. Characters from the Yakuza series appear in the game as real historical figures.

Ryu ga Gotoku Ishin! Released in Japan in February 2014 for both PS3 and PS4.

Demo of Wo Long: Fallen Dynasty game out on February 24

League of Legends: Riot continues to postpone update 13.3, Vietnamese server has to wait another week

Nuguri spoke up about rumors of retirement because of teammates, revealing the real reason

Genshin Impact: Location of the Seven Aces of Wind in the Hadramaveth . Desert