YouTuber and professional wrestler Logan Paul shared how to get the card and turn it into an NFT. 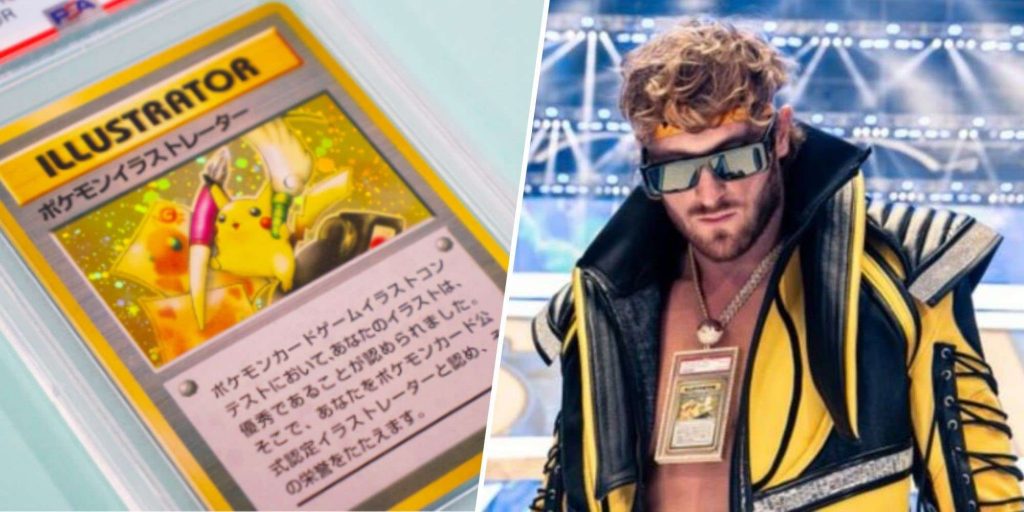 In a new video by YouTuber and professional wrestler Logan Paul shared how he bought an extremely rare Pokémon Pikachu Illustrator card from 1998, which was rated $10 million by the PSA rating agency, and Paul gave it up. paid a whopping $5,275,000 (over 120 billion VND).

Since at least 2020, Logan Paul has enjoyed spending millions on expensive Pokémon cards. Paul showed off his latest flashy sale, a $5.2 million 3D floating Pokémon – Pikachu card to the public by wearing it on a necklace. heavy gold around his neck before the game at WrestleMania in April .

In the video, Paul says it took him months to get the card, which PSA’s website says is the only known 3D embossed Pikachu Illustrator card.

Prior to joining WrestleMania, Paul said that there was no public information about the card and that none of his collector friends had ever seen it in person. However, in February 2021, he received a direct message on Instagram from the card owner’s representative stating that he wanted to sell.

The seller eventually turned down Paul’s initial $4 million offer, but four months later, Paul contacted a mutual friend and tried to find a better match. They closed $4 million with a PSA-rated Pikachu Illustrator 9 card, which Paul could easily find from a card collector and bought it for $1.25 million. He passed the card and cash to Paul and also set a new Guinness record for “Most Expensive Pokémon Card Ever Sold”.

On the other hand, the token itself that is being traded by everyone will be converted to a Blockchain transaction — on July 9 at 3 p.m. EST, it will be listed for trading on the “NFT platform” that Paul “co-founded.” established”, Liquid Marketplace.

See also: Female streamer Pokimane: ‘If I had OnlyFans, it would be normal to earn 10 million dollars a month’