Miniaturizing a Japanese palace into a pet house, netizens admire a dog house worth 34 million

This one-of-a-kind 34 million dog house is hand-crafted and inspired by a Japanese palace.

Cultural Property Structural Plan Co., Ltd. is an Osaka-based company specializing in the preservation and repair of cultural property buildings as well as seismic reinforcement design. The company employs experts in traditional architecture who possess techniques for building ancient temples or shrines. The Inuden project aims to create and sell pet houses with the same design, materials and construction techniques as other famous traditional Japanese buildings. The process is carried out under the close supervision of a team of experts in traditional architecture, as revealed by the company to tradition. “Inuden is highly engineered and hand-crafted by carpenters and craftsmen. The company’s luxury dog ​​kennel is designed in the Zenshu-sama style, a style popular in temples and palaces in Japan.

It is known that the Inuden will be made of cypress wood with hand-carved parts, a beautiful curved roof covered with copper and an artifact base of granite.

In terms of technology and materials, this product is sure to satisfy even the most demanding people. The dog kennel has a minimalist style and sophisticated concept is the only reason why it has such an unbelievable price. The figure of $150,000 (about VND 34 million) is too expensive for a dog house, especially in a time when many people are facing economic difficulties like today, but that does not cause too much difficulty. for the consumption of this product. Since the special cage is made by a team of experts and skilled craftsmen, it requires a lot of time investment. Only one product is sold each year. It is this rarity that has increased its value. 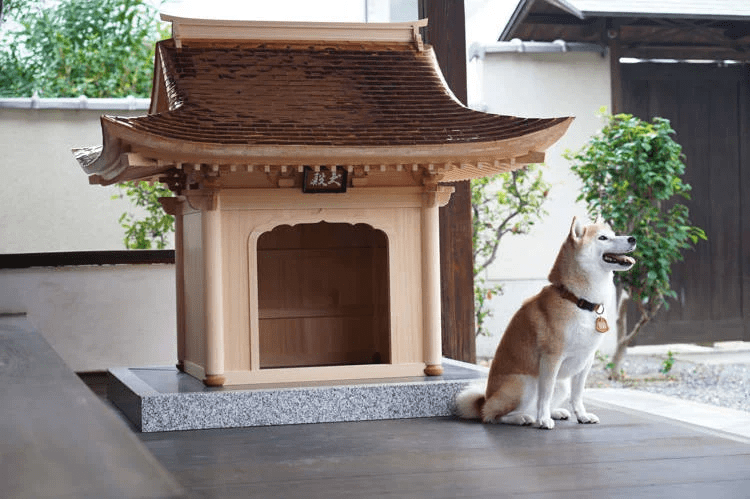 Only one dog house is sold each year, so the price equivalent to 34 million is not considered too expensive

It is known that the company that made the product will start taking orders for this high-grade dog crate starting from September 1. Currently, the company’s first product has launched and there will be a draw soon. to determine who will be given a unique dog house that has just been launched this year. This is not the first time that netizens have had the opportunity to stir up when a “lotus” spends heavily on “boss”. Two months ago, a man from China spent more than 1 billion VND to build a villa with full luxury amenities for his pet. However, compared with the miniature palace of Inuden, perhaps everyone has to admit that Japan’s doghouse is a place only for high-class dogs.