Although this chapter doesn’t disappoint, mangaka Horikoshi surprisingly removes the “Wild Deku” element that people have come to expect. 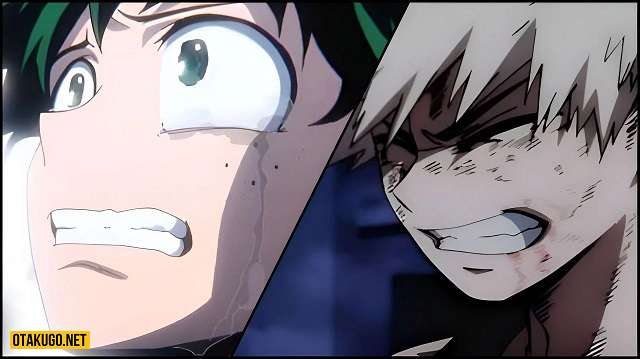 Opposite, My Hero Academia Chap 367 focuses more on Izuku’s growth and how his current thinking is different from the last time he crossed paths with Shigaraki. It also illustrates the influence previous OFA users have had on the protagonist and his continued idolization of All Might.

According to the revealers, Chapter 367 of My Hero Academia titled Deku Vs AFO. This chapter begins with a flashback of Deku encountering American jets over the ocean. The pilots inform him that because Star and Stripe trust All Might’s successor, they decide to do the same. Since they violated their orders by staying in Japan, they deviated from guarding UA and decided to give Deku a lift.

Back in the present, Mirio is happy to see Deku, who sends Shigaraki flying with another Smash. AFO/Shigaraki notes that the boy has not only become stronger since the last time they fought, but is also emulating OFA’s Third User. Deku starts apologizing for being late when he finally has to come to terms with the situation of everyone around him. He is shocked to see Katsuki’s body and even more after he notes the All Might card next to him.

With growing horror, Izuku registered the wounded bodies of Tamaki, Nejire, and Mirko. Shigaraki/AFO taunted him by asking what excuse he would give and if he would blame Toga for his tardiness. As one would expect, he begins to lose control over himself and his quirks, with Blackwhip wrapping around him like a whip. However, Mirio holds him back and assures him that everyone is fine and Edgeshot is repairing Bakugo’s body.

Shigaraki/AFO scoffed that Mirio’s words were mere words, but Deku recalled All Might had always believed that it was a hero’s duty to make false piety come true. He also remembers Daigoro Banjo telling him to control his heart. The green-haired protagonist regains some control and focuses on the task at hand, stating that he will apologize after winning. With vestiges of OFA appearing behind him, Deku wraps Blackwhip around him like a scarf and asks the villain if Shigaraki is still there.

Deku’s reaction to Katsuki’s predicament, although still quite unstable, was much more tame in My Hero Academia Chap 367. This was not only due to Mirio’s assurance or the boy’s new maturity, but also Horikoshi’s speed. Mangaka devotes only three pages to the entire scene where Deku realizes the situation, processes it, and reacts to it.

One could argue, however, that Deku didn’t understand reality as much as he now tidy it up. This is an indication of his maturity after his brief stint as a vigilante, but it also reflects the influence OFA Users have had on him. He has learned to prioritize his duties over personal sorrow for his friends and mentors, a trait he greatly lacked during the PLF war.

Another point of note is the lack of Yoichi among the traces that appear behind Deku in My Hero Academia Chap 367. While the raw scan is a bit unclear, both the First User and the Possible Person appear behind Izuku on the final page. While Toshinori is probably absent since he’s still alive, Yoichi may not want to face his brother while he still holds the body of someone he considers a child.

Referring to the children, Deku noticed the All Might card lying next to Katsuki, seemingly remembering its meaning. This probably adds to his grief and his ever-present guilt due to his savior complex. Furthermore, this is more clearly demonstrated in My Hero Academia Chap 367 when he asked Shigaraki/AFO about Tomura, likely still wanted to save the boy he saw during the PLF war.