NASA has just released many clear images of different regions of the universe, these are the first results of the world’s largest telescope James Webb.

The first photo is “Deep Field”, which was previously announced by US President Joe Biden at the White House. The image shows the galaxy cluster SMACS 0723, 4.6 billion light-years from Earth. The details of the galaxy cluster are captured in great detail, showing the glitter from various galaxies. Next is an image of Stephan’s Quintet, a group of five galaxies discovered in 1877 by the French astronomer Édouard Stephan. One of the galaxies in Stephan’s Quintet is NGC 7320, about 40 million light-years from Earth. . Meanwhile, the remaining 4 galaxies are located very close to each other, 290 million light-years from us, which scientists liken to “compact galaxy groups”. 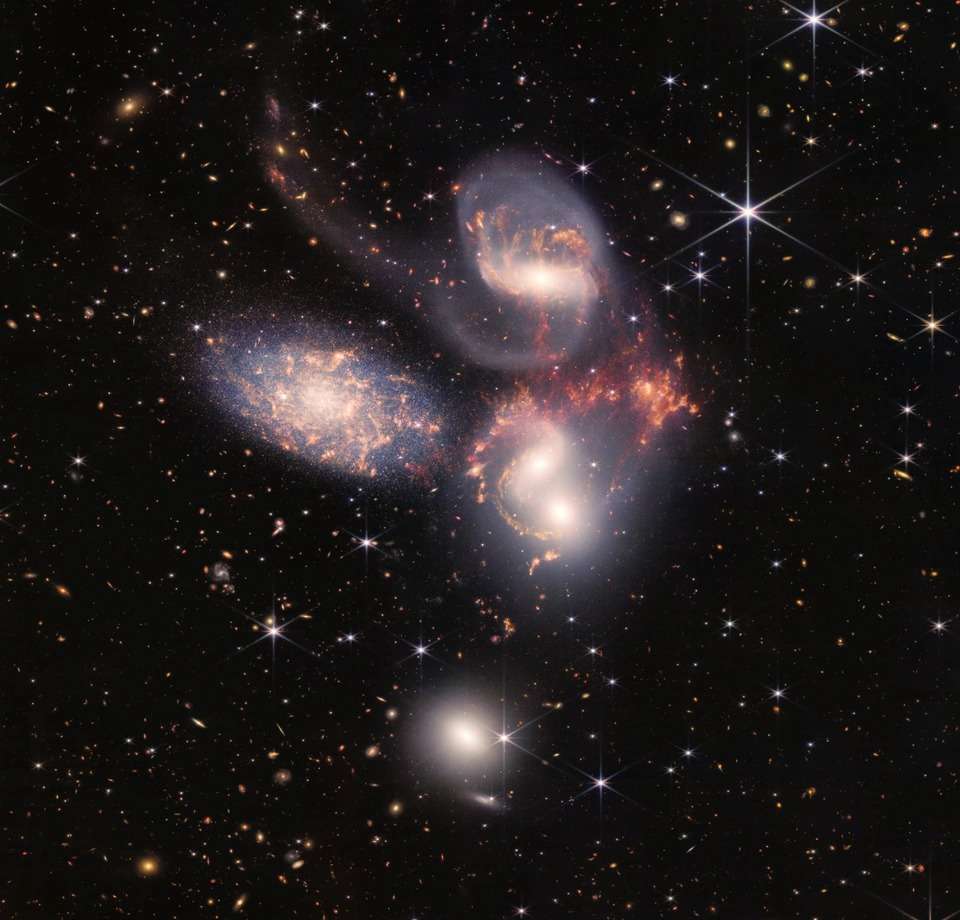 The final image is the galaxy cluster NGC 3324 in the Carina nebula. About 7,600 light-years from Earth, Carina is considered a “nursery”, the place where many stars form. According to CNN, this is one of the brightest and largest nebulae in the sky, home to many giant stars, several times larger than the Sun.

James Webb was developed by NASA in collaboration with the European Space Agency in the late 1990s, with a budget of about 10 billion USD. This is considered the world’s most powerful telescope, is in the final stages of testing before officially operating later this year. Scientists hope that James Webb will provide detailed images, help us better understand the origin of the universe, find clues about the formation and existence of humans and extraterrestrial life.