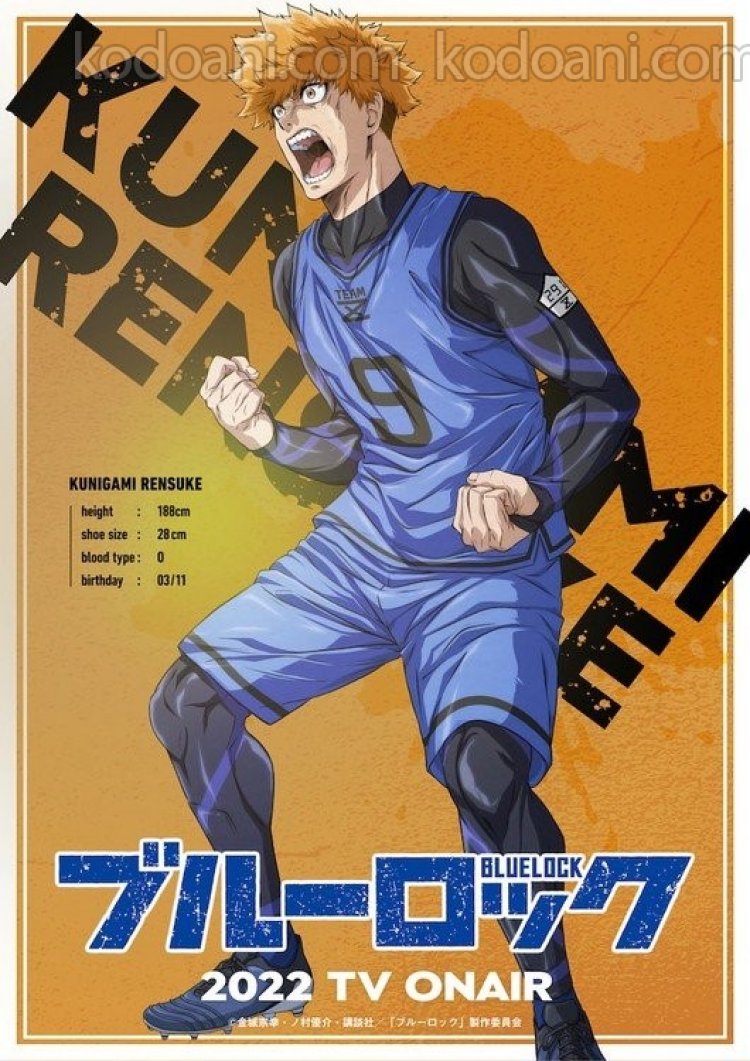 The anime will premiere this year and the stars:

Tetsuaki Watanabe (Powerful Pro Yakyū Powerful Kōkō-hen) is directing the anime at 8-Bit with Shunsuke Ishikawa as assistant director. Taku Kishimoto (Haikyu!!, Silver Spoon, 2019 Fruits Basket) is supervising and writing the series scripts, and Kaneshiro of the manga is overseeing the story.

After a disastrous defeat at the 2018 World Cup, the Japanese team struggled to reunite. But what is missing? An absolute striker who can guide them to victory. The Japan Football Federation is desperate to create a striker who is hungry for goals and hungry for victory, and who can be the decisive tool in turning a losing streak… and in doing so, they gathered 300 of Japan’s best players. and the brightest young players. Who will emerge to lead the team… and will they be able to overcome the muscle and eliminate the egos of all who stand in their way?

Kaneshiro and Nomura launched the ongoing series in Weekly Shōnen Magazine in August 2018.

A spin-off manga about Seishirō Nagi’s past will launch in the July issue of Bessatsu Shōnen Magazine on June 9.