The pun regarding Dr. Vegapunk’s Satellite names gives each of them all sorts of meanings. Here is how each name can be interpreted. 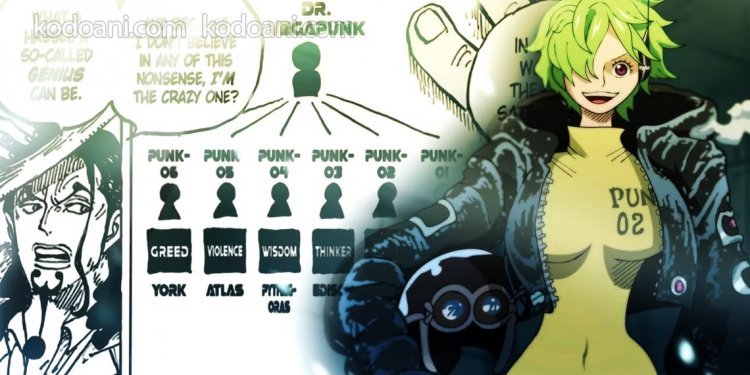 There are many names in the world One Piece somehow inspired by real-life people, places, etc. Some of these names are even a play on words, which adds an extra layer of complexity to these names. Dr. Vegapunk’s satellite is a prime example of this.

Satellites have at least three layers of meaning behind their names. The kanji being used, how they are read and how they can be read (furigana), and all the possible meanings behind those readings. It’s hard to say the origin of these names in the context of the One Piece world, but the actual origins of these names will help to better understand the Satellites that use them.

What is the immediate meaning behind the satellite name? 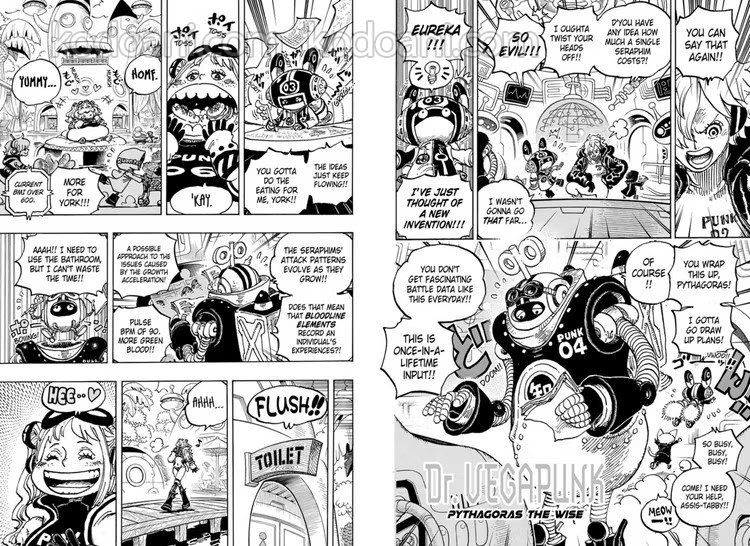 The first Vegapunk, Shaka the Good, refers to the Japanese name of the Historical Buddha, also known as Crown Prince Siddhartha or Gautama Buddha. He developed all kinds of moral training and meditation practices to help his followers improve their minds and achieve spiritual enlightenment as he did. The kanji used for Punk-01’s name, 正 (masa), can also represent justice, logic, and correctness. All of this is consistent with Shaka’s apparent benevolence compared to other Satellites such as Lillith and Edison.

Speaking of Lillith, Punk-02 seems to be named after a primordial demon in Mesopotamian and Judaic Mythology. Lillith was Adam’s first wife before she was banished from the Garden of Eden. She is associated with feminine power, latent knowledge, wildness and primordial energy. Punk-02 seems to live up to the “evil” (悪) in her name through her disregard for human life, especially that of the Straw Hat Pirates.

Punk-03, Edison the Thinker, possibly based on Thomas Edison. He is credited with inventing the light bulb, gramophone, and camcorder, although his actual role in creating them is controversial. Vegapunk Edison was at least awash with new ideas; he’ll even scream “Eureka!” when he thought of one, though that line was arguably more appropriate for the ancient Greek inventor Archimedes. The kanji for his name, 想, can also be used to denote sophistication or creativity.

Punk-04, the Pythagorean sage, may be named for the Greek philosopher, astronomer, and mathematician of the same name. He is credited for numerous mathematical theories such as the Pythagorean theorem and popularizing music. His political and religious teachings would go on to inspire the likes of Plato and Aristotle. In One Piece, Vegapunk Pythagoras is responsible for data collection and analysis. Accordingly, the kanji for his name, 知, can be translated as “knowledge” or “wisdom”.

Punk-05, Atlas, seems to take her name from a mythical figure, much like Lillith. In this case, the Greek Titan was forced to keep the sky forever after Titanomachy. He may not look like a thinker, but he is known to be skilled in philosophy, mathematics, and astronomy; he is even credited for inventing the first celestial sphere. Despite that, Vegapunk Atlas seems more concerned with highlighting the violent side of her name and kanji, 暴.

The origin of York, Punk-06’s name, is somewhat difficult to determine. The person most notable with the name “York” was an African-American slave from the Lewis and Clark Expedition. Alternatively, York can refer to anything from a city in North Yorkshire, England to a German dance music project. The kanji for her name, 欲, can be read as “greedy”, “want”, or “desire”. So. she is responsible for meeting all of the Vegapunks’ bodily needs such as eating and sleeping.

How else can these names be interpreted? 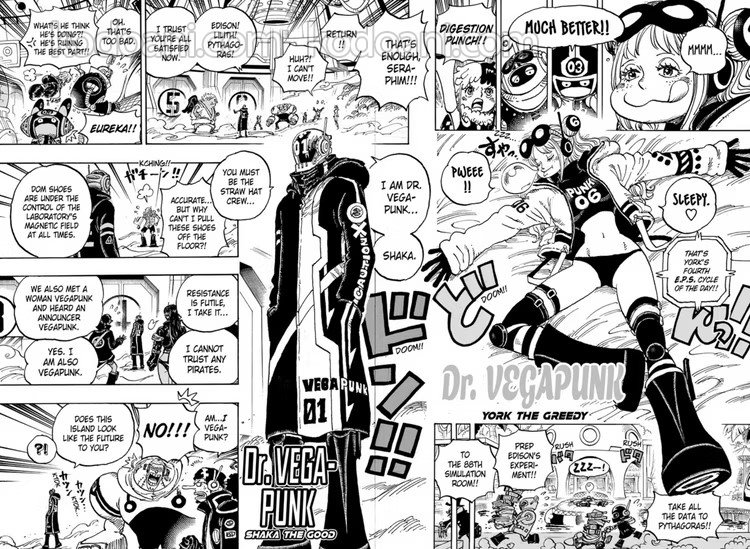 One way to see these names is as a set of three pairs. Shaka and Edison are two historical figures, Atlas and Pythagoras are two Greek figures, and Lillith and “York” can be two Mesopotamian figures. That final pairing depends on the actual translation of the name York.

The Romaji for 欲 is ” yoku ” (ヨ ク). In ancient Mesopotamia, Arcturus was associated with the god Enlil, and was called Shudun or “Yoke;” again, the name “York’s” can have a lot of meanings. Since York and Yoke are both transliterated as y ōku (ヨ ー) in romaji, but certainly not yoku (ヨ ク), the true meaning behind the name remains largely unknown.

That said, the star meaning could mean that Vegapunk’s name follows a completely different pattern. Their names can also represent astronomical objects and other observable spatial phenomena. For example, Pythagoras, Atlas, and Edison are all names of craters on the earth’s lunar surface. Lillith’s name may have something to do with astronomy; Black Moon Lillith was proposed as a second hypothetical earth moon in 1918; Lillith may also be a reference to 1181 Lillith, an asteroid. Shaka is not the name of any particular astronomical object, but the moon is an important symbol in Buddhism; furthermore, a reading of his kan kanji, sei(セ イ), can also be used for the kanji for “star,” 星. This themed space-related naming will link to their shared title “Satellite”, as well as the “main body” (本体) known as “Stella” (ス テ ラ, sutela) ).

Needless to say, Satellite’s names abound to them. Their names look simple, but they have a lot of hidden meanings. Any number of them could be intentional. Maybe when the story of One Piece As you progress, the reading intent of these names will become clearer.