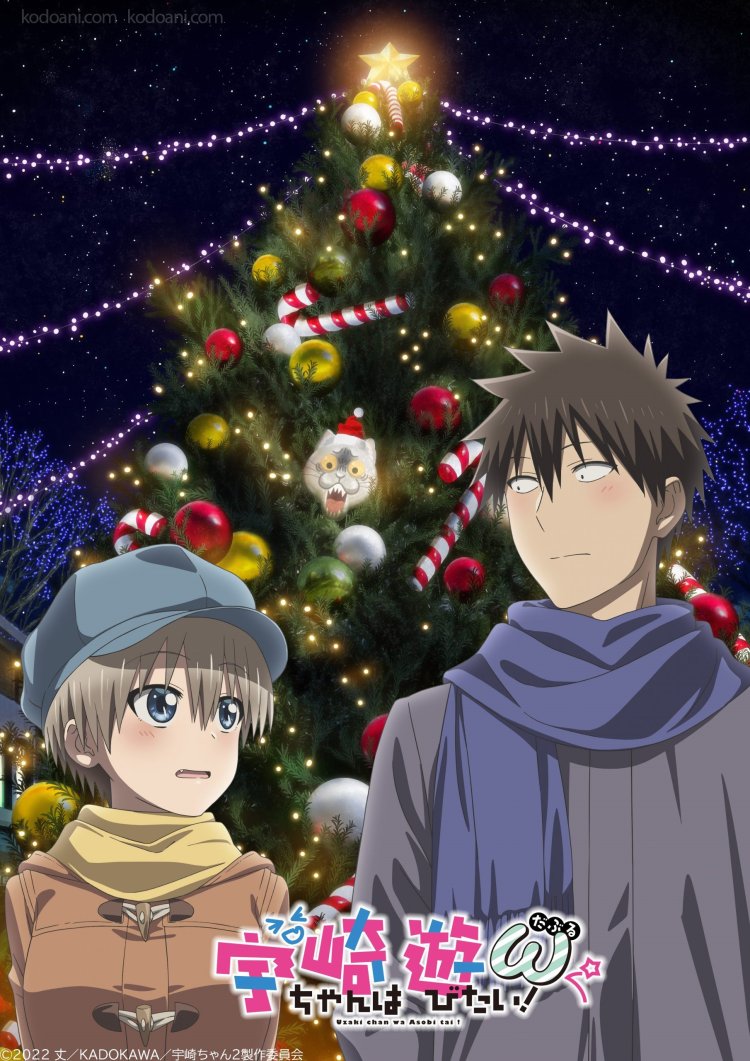 The anime premieres October 1 on AT-X and ABC TV, October 2 on Tokyo MX, and October 3 on TV Aichi and BS11. d Anime Store will stream the anime in Japan from October 1.

The title of the second season is Uzaki-chan Wants to Hang Out! ω (Uzaki-chan wa Asobitai! ω), with “ω” pronounced “double”.

One of the directors of the first season, Shin’ichi Fukumoto, is currently the assistant director of the second season. In the new season, Masahiko Suzuki and Shinpei Koikawa will join Manabu Kurihara as animation directors. Satoshi Ōkubo is both a new art director and an art installation artist. Haruko Nobori and Yūsuke Yamamoto are color artists and director of visual synthesis, respectively. INCS toenter Co., ltd. joined by zuvo. on sound production. Satoshi Igarashi is currently collaborating with Tatsuya Yano, Yuri Morita and Naoki Tani (HANO) on music.

The first season premiered in Japan in July 2020 and aired for 12 episodes.

Sakurai Shinichi wishes for some peace and quiet. But Uzaki Hana – his overbearing, talented underclassman – has other plans. All she wants is to hang out and mess around. With the help of her cheerful charm and persistence, this might just be the beginning of a love relationship!

Take launched the manga on Niconico in December 2017 as part of the Dra Dra Sharp # franchise.