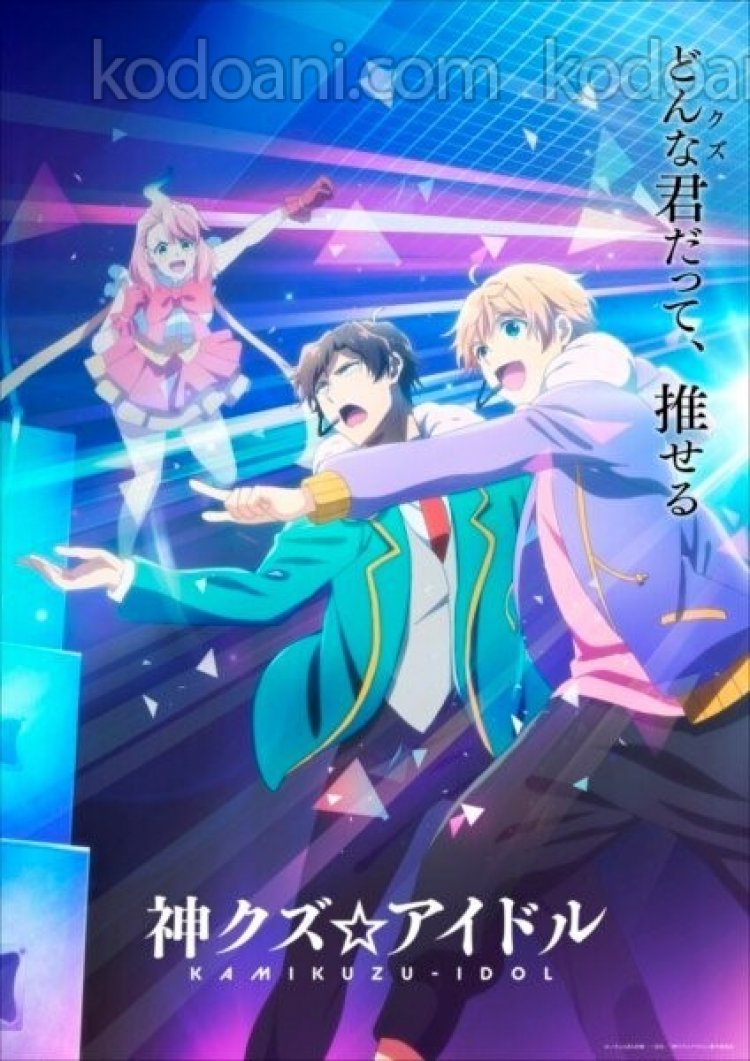 Yasuko Aoki is writing and supervising the anime series’ scripts, Saori Hosoda is designing the characters, and myu is composing the music.

Kodansha Comics licensed the manga and it describes the story:

Yuuya, one half of male pop duo ZINGS, may be the laziest performer in the Japanese music industry. The guy’s partner out there gives out 110% a night (and luckily, he’s pretty popular), but Yuuya’s lame, sloppy dancing and his outspoken hostility towards the audience fake, causing fans to hate him and his agent to find all sorts of excuses. The career of a pop idol is not the easy path of comfort and popularity that Yuuya expects…

After a particularly lifeless performance, Yuuya meets a girl backstage. She wears colorful clothes, she is full of energy and vitality, and all she wants from life is to perform. There’s only one problem: She’s been dead for a year. This is the ghost of Asahi Mogami, the beloved singer whose stage time is tragically cut short, unless… If ghosts are real, does soul possession really last. to that?

Isoflavone launched the manga in Comic Zero Sum in December 2017. Ichijinsha published the manga’s fifth compiled book volume on January 25. Kodansha Comics will publish the first volume in English on May 22.