What started as a gag manga now gives us a whole new sense of action that fans can’t wait to see the animated manga. Well, there will come a day when we’ll get Sakamoto Days into an anime just like Mashle: Magic and Muscles was announced as an anime adaptation recently. The last few chapters are heating up with new characters and their motives. Sakamoto Days Chap 80 will probably continue to heat things up. So let’s talk about all of this in detail. First, we see the trio, Shishiba, Nagumo and Osargi, on a boat in the Kyoto region. Shishiba was worried about their senpai Yotsumura while the other two were enjoying eating. Nagumo tells Shishiba that he is grumpy because he might have to kill his senpai who helped him before. When Osaragi asked why Yotsumura was quitting, Nagumo told her that he didn’t quit but did a big job wrong. Since then, the JAA has been trying to kill him, and he’s been hiding. 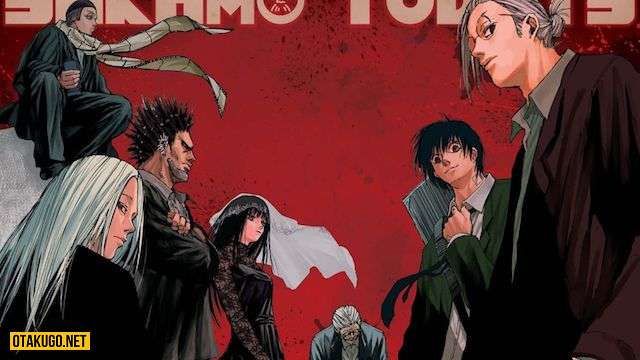 Then we get a look at Yotsumra killing the rest of the people he hired to track down the members of the order. With a single swing of his arm from his Nunchuk, he killed everyone. At the end of the chapter, we return to the JCC school, where Amane is tasked with deleting the JCC database so he can become part of Slur’s new organization.

Well, now that we know what this new assassin’s motives are, we can safely watch him bring it up and kill the member of the order so he can walk around freely. Yotsumura is most likely one of the best we can see in the Sakamoto Days series, and I feel that he could join our gang. For now, though, we can expect him to randomly kill members of the command. But, Shishiba, Nagumo and Osargi were ready to fight him. If not in Sakamoto Days Chap 80we can look forward to this meeting very soon in the Sakamoto Days.