SGB ​​wins convincingly against DFM, but interpreter "fluent 7" take all the spotlight

A few hours ago, Saigon Buffalo entered its second match at MSI 2022. Their opponent this time is “easier to play” than T1 of the previous day, which is DetonatioN FocusMe – the representative from the region. LJL. However, DFM is not an easy team to bully. They had 1 World Championship 2021, although they did not go deep, they exceeded their own expectations when they reached the group stage. And SGB also had an impressive performance against T1 even though they couldn’t win when the level of the two sides was too different. 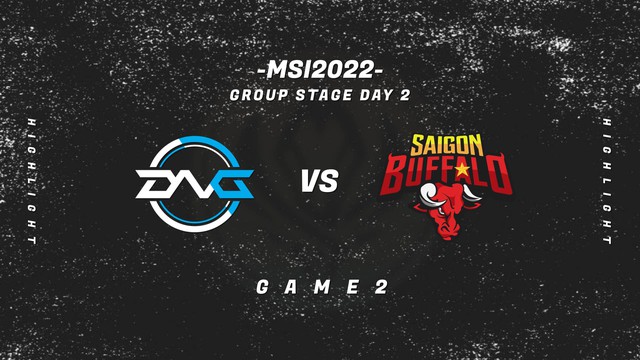 DFM vs SGB: A very important match for SGB in their quest for 2nd place in Group A

In fact, the match took place exactly as the experts and the audience had partly predicted: dramatic and exciting. DFM had a tight time and made it very difficult for SGB to implement the gameplay. However, in a day when Shogun shines, the young ADC shoots all and SGB wins after a dramatic backdoor.

With the victory over DFM and the gameplay in the match, SGB is proving that they are really the brightest team for 2nd place after T1 in their group. Still, there are glitches in SGB’s gameplay. And in the second leg, DFM will certainly play more carefully. Similar to T1, the Japanese representative will certainly also cause difficulties for SGB and just play in a lack of concentration, the “Buffalo” will absolutely have to pay a heavy price.

SGB ​​currently has a win but there are still some problems

However, the person who occupied the full spotlight of the VCS community on the second day of the SGB’s MSI 2022 was not the “Buffalo” players, but… an interpreter. Specifically, in addition to compliments for SGB, many people focused their attention on the male interpreter and assisted in interviewing the Shogun player. 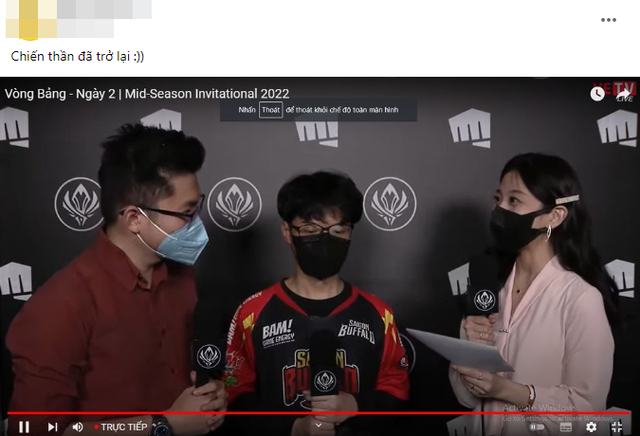 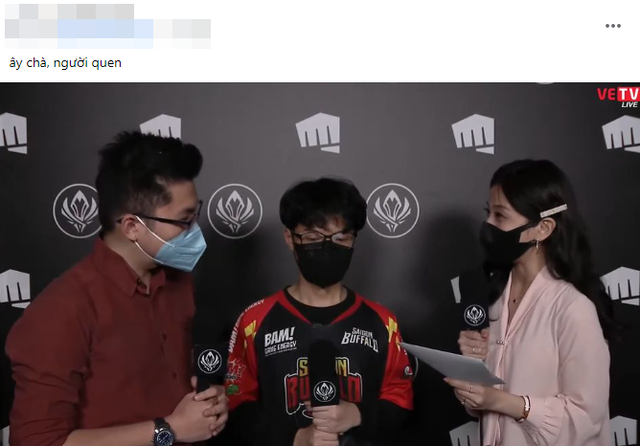 “A shogun (the Shogun’s name means Mac Lord – a dignitaries in ancient Japan) has never had such power since 1868.

Shogun has impressed me since the last VCS playoffs. He’s the gem in this area, and he’s still very young

And for those who don’t know, not a stranger, this interpreter is Phan Hoang Dung. He is also the famous person with the clip that helped Meliodas conduct an interview at MSI 2019 and was praised by the community as “a fluent interpreter 7”. It is an interesting coincidence that Hoang Dung himself supported Phong Vu Buffalo at the last MSI of VCS before the COVID-19 pandemic broke out. And now, he supports this team at the first MSI of VCS after the pandemic.

The interview “going into history” of Meliodas and his interpreter Hoang Dung (Cre: Troll Esports)

Indeed, in this return to MSI 2022, the VCS community had extremely interesting emotions. And certainly, if SGB continues to perform well, Vietnamese LoL fans will be even more excited. Because it’s been a long time since VCS has had the opportunity to make a splash in the international League of Legends arena.