The boy made a 700kg steel statue for his father

Huang Jianyi, an art student, built a statue of more than 700 kg of steel to give to his father. This is also his graduation exam.

Huang is from Zhanjiang City, Guangdong Province. It is known that his purpose is to pay tribute to his father. The statue depicts a worker wearing a construction hat – the position that Huang’s father is holding, 1.94 meters long, 1.13 meters wide and 2.3 meters high. It is known that the statue needs more than 3 months to make, more than 700kg of iron and steel put together. Huang shared, he did a great job with this statue. According to him, the most difficult part was the base system, which was simulated by a reinforced concrete structure, but failed many times, forcing him to do more research. This also caused Huang to burn 4-5 times in a row. “Graduation exam and dad, the two most important things to me right now, and I want to combine the two,” Huang said.

“My father is a construction worker, with the whole family or with the works, he is the one who builds the pillars, the most solid support. We are used to looking up at the starry sky, but forgetting the silent land at our feet; honor the splendor of architecture, but forget the hardships of the builders. I wanted to use the language of the architecture that created this statue to pay tribute to my father and all the construction workers.” 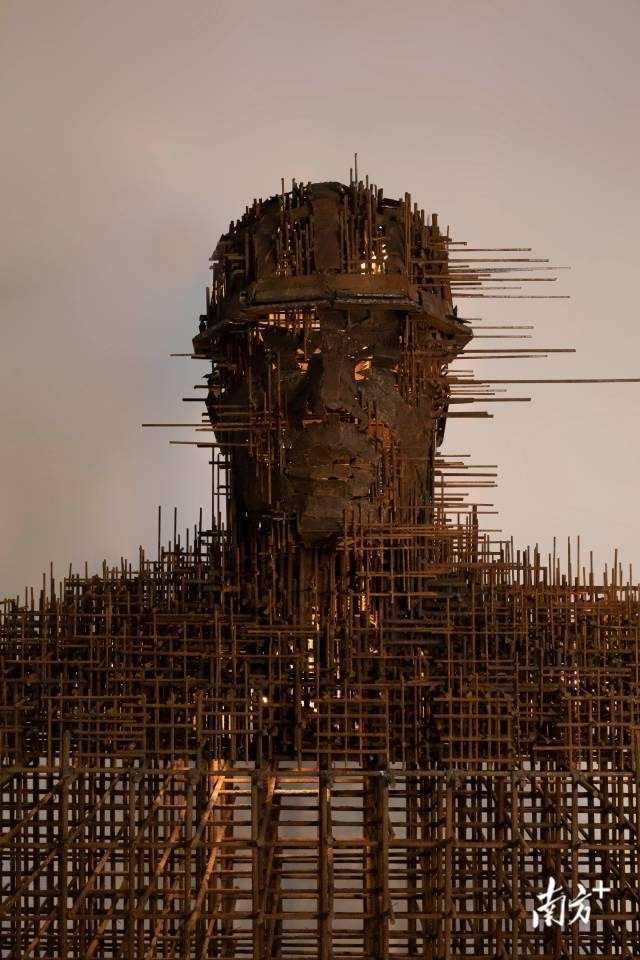 Huang will name the statue “Building soul”, meaning the soul of the construction industry to pay tribute to his father and his colleagues.

Very quickly the male student’s work was noticed online and spread widely. Thanks to that, even though he had not revealed it to his family, his father also knew about this statue and he was very happy when he saw his son’s work. “My dad found out so he shared it with his colleagues and talked about it with pride. That makes me very happy,” he said.