The God Of Highschool Chapter 548: Will Mori Survive?

He used all his strength and authority to defeat his enemies. But things don’t seem to be going in his favor, especially when Satan comes.

Now in the upcoming Chap, Satan will continue to fight with Mubong. But it will not be easy for Mubong to defeat Satan. As for Mubong, he will transform. Mori will eventually find some way to regain his strength. Keep reading to know more.

Earlier in The God Of Highschool Chapter 547, the unrebound kick failed, and Mori broke his leg. He can’t fight now. Things take a turn for the worse as Mubong becomes stronger as he is able to use his full power. This happened because he cut off a piece of Mira’s shoulder, and stabbing her helped him heal with the help of Gaia’s powers. Daewi was helpless and couldn’t do anything. He was forced to lie still and observe everything. He was exhausted because all of his energy had been drained to heal others at Old Earth and create boats. So if he tried to heal Mira and Mori, he would probably die. Now he can only use his healing power to a limit. But if two people die, then he can lose his life too. So he did his best to heal Mira using his full strength. The trio couldn’t fight anymore. Meanwhile, Daewi has opened another gate, this time for Satan. Satan is angry with Mubong for hitting Mori. Then the two had a confrontation. Although Satan is not stronger than Mori, he can now regenerate from his blood. But Mori continued to fight despite losing the battle.

The God Of Highschool Chapter 548: What Happens Next?

Mubong is trying his best to keep Satan occupied. However, Ahan took the baby with him, and now things are going to be very difficult. But it is possible that Mori will take the baby away, and it will help him regain his strength. At the present time, Mubong has become a monster, and everyone hates him. But it remains unclear whether the Newcomer will join Mori in this fight. Meanwhile, on Earth, Satan will continue to fight Mubong. 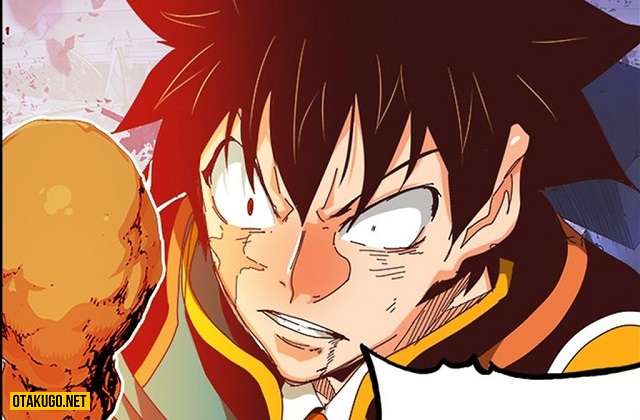 He would mock Mori for letting him fight Mubong in this bad state. But at the same time, Satan will praise Mori for letting him do the craziest things. Satan and Mori will have a small talk in which Satan will continue to mock Mori’s decision. As for Seungchul, he could die from using all his strength. He will fall in Uma’s arms, and she will open her heart before she dies in The God of Highschool Chap 548.

God of Highschool follows a weekly release model. So, The God Of Highschool Chap 548 will release on July 8, 2022. It will reveal Mori’s fate and how he will use that baby. Keep stable. Anime Daily will keep you updated.