Strong winds blew a $67 million Super Hornet fighter jet off the deck of the aircraft carrier USS Harry S. Truman on a mission in the Mediterranean.

The US Navy’s 6th Fleet said on July 10 that due to unusually bad weather, an F/A-18 Super Hornet fighter jet belonging to the 1st Airborne Wing crashed into the sea while the aircraft carrier USS Harry S. Truman is refueling. The location of the incident was not disclosed, but the information was released during the deployment of the aircraft carrier USS Harry S. Truman in the Mediterranean.

Navy officials said one sailor was slightly injured in the incident, but did not say if the pilot or technical staff were on board when it was blown into the sea. Refueling operations of the USS Harry S. Truman were suspended shortly after the Super Hornet fighter jet crashed into the sea. 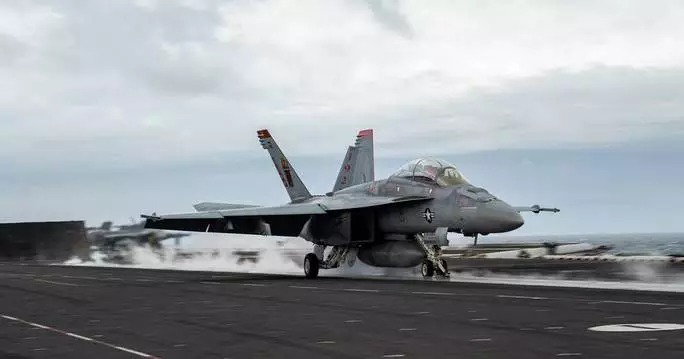 “We are opening an investigation into the cause of this incident,” the US Navy emphasized.

The F / A-18E Super Hornet fighter aircraft began to be put into operation in 2001 and is considered one of the main weapons of the US military. They undertake a variety of tasks such as defense of the carrier strike group, air superiority, and attack on land and surface targets.

In the past few months alone, the US Navy has experienced at least five aviation incidents, including an F/A-18E crash in California that killed the pilot.

See more: Wife holds a marriage certificate and runs 50km to catch her husband having an affair