A Belgian pilot has a lucky escape after his small plane crashed in the air and then slowly crashed into the ground and landed with his nose.

According to Sky News, the incident happened near Bruges on the afternoon of July 15. Reports say multiple witnesses heard a loud bang and saw an aircraft attached to a parachute slowly land.

The video below shows the plane landing on its nose at a road in Sint-Andries. The pilot then climbed out of the plane and suffered some minor injuries. 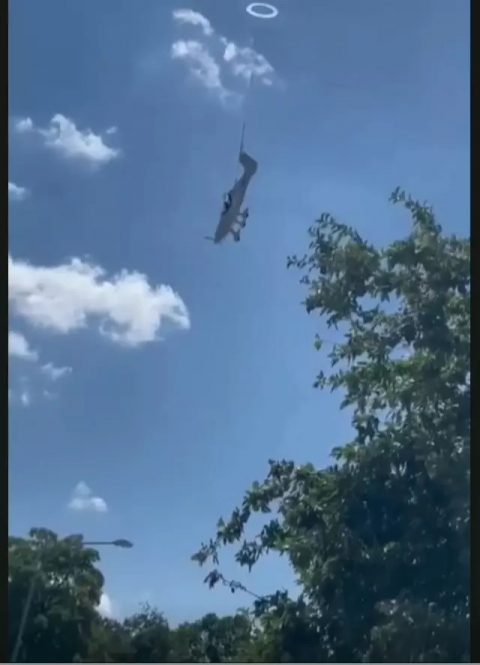 Authorities said the pilot was an experienced pilot and his life was saved thanks to the plane’s Ballistic Recovery System (BRS).

One pilot said: “If you pull the lever in an emergency situation, a rocket attached to the parachute will be launched.” 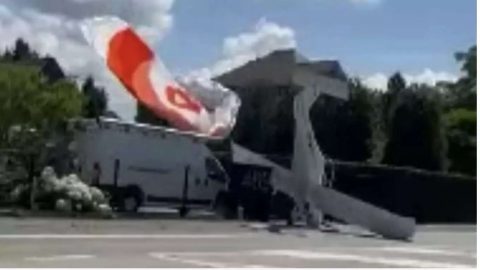 The plane crash is predicted to be caused by an equipment failure. Faulty equipment still accounts for about 20% of all plane crashes, despite improvements in design and manufacturing quality. Airplane engines are safer today than they were half a century ago, but operational errors still occasionally occur. Some of the well-known aircraft crashes caused by faulty equipment are:

In 1989, a propeller came off causing the number one engine (left) of a Boeing 737-400 of British Midland Airlines to stop working. The instrument panel was difficult to read, causing the pilots to misjudge the engine to lose power. In their confusion, they mistakenly turned off the second (right) engine. Due to lack of capacity, the plane crashed into Route 27 of East Midlands Airport, killing 47 people and injuring many others, including the captain and co-pilot.

In November 2010, a Qantas Airbus A380 carrying 459 passengers and crew suffered an engine failure while flying over Batam Island, Indonesia. Thanks to the skill of the pilot, the plane landed safely.