The temple attracts tourists thanks to its horror style

Located deep in the mountains, possessing statues with gruesome shapes and horror styles, visitors are still eager to come to this temple.

Beijing is famous for its ancient, majestic and dignified architecture. Contained along with that are the cultural values ​​​​of the capital of the country of billions of people.

Not only is this the capital with a history of more than 3000 years, but it also preserves many historical and cultural evidences.

With the number of large and small temples, it must be said that it is huge – more than 1500. In which, there is a temple with a slightly “horror” architecture, fanciful and hidden deep in the mountains. The temple called Bai Bao, located in Mon Tougou in Beijing, is said to have been built more than 900 years ago.

About 70km from the bustling Vong Kinh urban area, although located in a somewhat remote geographical position, it can be said that finding the way to this temple is quite easy because the road is very well planned. That is also one of the reasons why tourists love to visit this place.

The first sight visitors will see will be the statue of Xa Than right in front of the temple gate. Xa Than is another name for the statue of Ma Dau Quan Am, also known as Ma Dau Minh Vuong, more than 99m high and huge on the roof of the palace. At first glance, the statue of Quan Am Ma Tou will be a bit scary due to the shape of 3 heads and 6 hands, eyes wide, teeth bared, but in fact the statue means “peaceful highway”. It seems that young people are also quite interested in this image, so today, there are many young people coming to the place to check in at the temple.

Many people shared that they fainted when they first saw this statue, but that did not stop them from continuing to go deeper to visit the temple. Therefore, even if you are a weak person or a bit cowardly, you should try this temple once.

The next remarkable point inside the temple is Van Loi Cac. On the roof of the pavilion is a glittering golden statue of Shakyamuni Buddha. Create a statue with a gentle face, one hand pointing to the sky, the other pointing to the ground, with 5 dragons and 2 phoenixes flying around exuding magnificence. In particular, in addition to the majesty and majesty, the statue also gives the viewer a slightly scary feeling. Experts assess the sculptural sophistication of these statues not inferior to large temples in Thailand or India.

The third impressive work in this temple must include the Bodhisattva Statue and the Four Great Vajra. This statue complex is built entirely on the electric roof, located at the highest position on the top of the mountain. The Bodhisattva statue is cast in white porcelain, in the front is a dragon and phoenix flying, on both sides are Gia Lam Bo Bodhisattva holding the dragon and moon knife and Vi Da Bodhisattva with both hands supporting the Christmas magic staff in front of his chest. 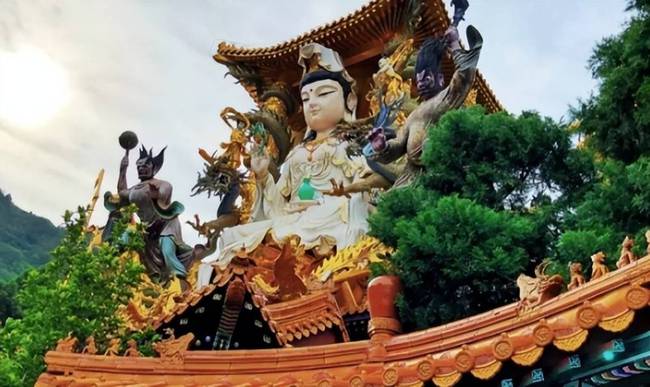 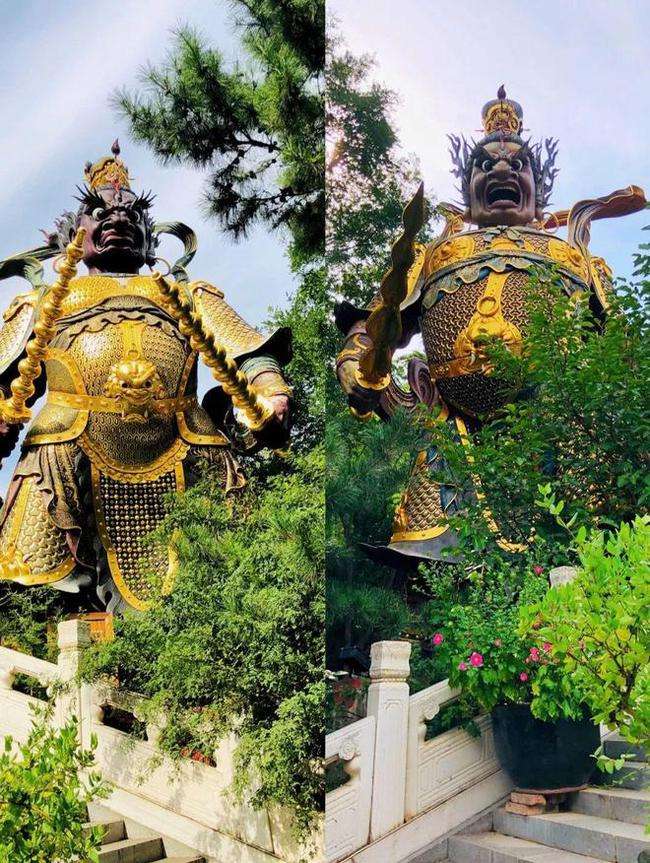 Although it is considered a horror style and a bit creepy, this can be considered a very unique feature in Buddhist religious culture. It is also thanks to this uniqueness that the temple is increasingly attracting tourists and art enthusiasts who come here to visit and travel.

See also: The most popular game on Steam… revolves around a cat