Initially, Samantha Kane was a successful businessman, with a wife and 2 children living happily.

Days after receiving the keys to her very own ‘fairytale’ castle, lawyer and real estate tycoon Samantha Kane has completely immersed herself in country life.

Kane’s castle is located atop a hill, has 19 bedrooms, a private tower and is up to 42,000 square meters. Before that, Kane had mainly lived in London for the past 40 years. 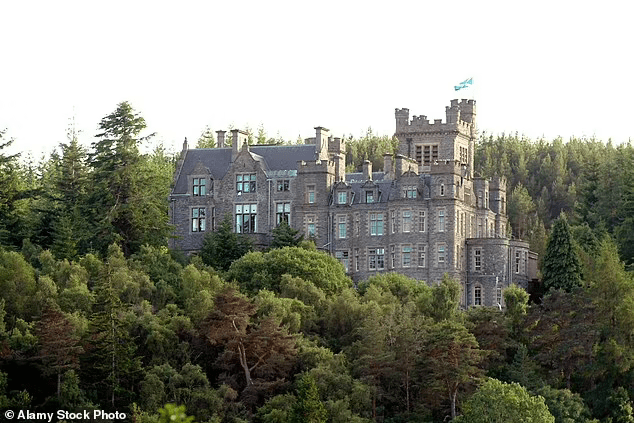 Samantha, 62, is now the owner of historic Carbisdale Castle in the Scottish Highlands. She said:

“As soon as I saw this place, I fell in love with it. I’ve always wanted to be the princess of the castle, a princess in her own fairy tale, living somewhere romantic and feminine. I feel this place – designed and built for a duchess – is really me.”

Samantha Kane has gone through many transformations in her life. By far, Samantha is perhaps best known for being the only person in the UK – or possibly in the world – to be believed to have transsexualized three times.

Originally, Kane’s name was Sam Hashimi. He moved from Iraq to the UK as a student and later made a lot of money there as an investment director of a Saudi-owned company. Sam Hashimi and his ex-wife (left)

After that, Sam Hashimi got married and had 2 children. In 1997, Sam shocked the company and family when he performed surgery to remove the male organs and reconstruct the female genitals.

From there, Sam changed his name to Samantha Kane and turned to work as an interior designer. It is known that Samantha has spent around £100,000 (~ VND 2.7 billion) on cosmetic operations, breast implants and tooth paste. Samantha Kane after the first surgery

Samantha Kane later became briefly engaged to a wealthy landowner. But the happiness did not last long. She finds her new gender unsatisfactory and disrespected just because she’s a woman. From here, Samantha took the new name Charles Kane in the hope of being able to mend her relationship with her children and family. She removed the breast implants and replaced the estrogen patches with testosterone.

Although the surgery was initially irreversible, surgeons were still trying to create new male genitalia for Samantha. However, Charles later admitted this was a disastrous decision. By 2017, Charles had surgery again to become Samantha Kane, and at the same time developing a career as a lawyer.

“I am happier now than ever. It doesn’t matter who I am or what my gender is. I am a woman,” she said.