Kodoani.com – The official website for the anime adaptation of the novel The Angel Next Door Spoils Me Rotten (Otonari no Tenshi-sama ni Itsu no Man ni ka Dame Ningen ni Sareteita Ken) by Saekisan posted the show’s trailer on Tuesday. The video reveals that the show will premiere in January 2023.

The website also revealed more staff and key images of the show. 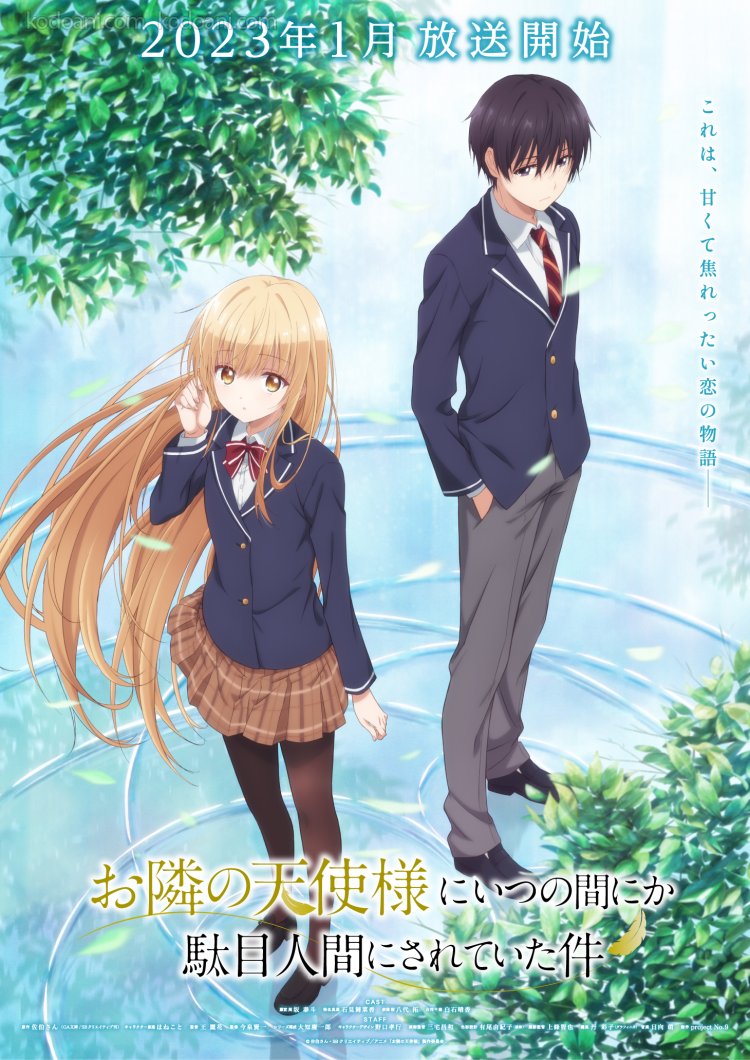 Kenichi Imaizumi (Brynhildr in the Darkness, Third Part of Kingdom) is directing the anime at project No.9, and Keiichirō Ōchi (Adachi and Shimamura, The Quintessential Quintuplets) is in charge of the series scripts. Takayuki Noguchi (Queen’s Blade: Rebellion, Cinderella Nine) is designing the characters. Moe Hyūga (O Maidens in Your Savage Season, Steins; Gate 0) is composing.

Amane lives alone in an apartment, and the prettiest girl in school, Mahiru, lives next door. They almost never talked – until the day he saw Mahiru in trouble on a rainy day and lent her his umbrella. In return, she asks him to help around the house, and a relationship slowly begins to blossom as the distance between them narrows…