Recently, TikToker Fofo Márquez had a video showing off his wealth through supercars, but that action made netizens angry.

The viral video shows Rodolfo Márquez, whose TikTok nickname is Fofo Márquez, declaring online that he will stop the Matute Remus bridge in Guadalajara, Mexico. “We will take over this bridge, have fun and dance, and take a video for you. You’ll see what money can do in Mexico.” Márquez said while sitting in the passenger seat of a car while streaming on TikTok.

Immediately after, three super sports cars came from the foot of the bridge and obstructed traffic on the bridge. “We closed the bridge at will. This is what I wanted to demonstrate what money and power can do.” As he spoke, he danced and twirled with a very amused attitude. 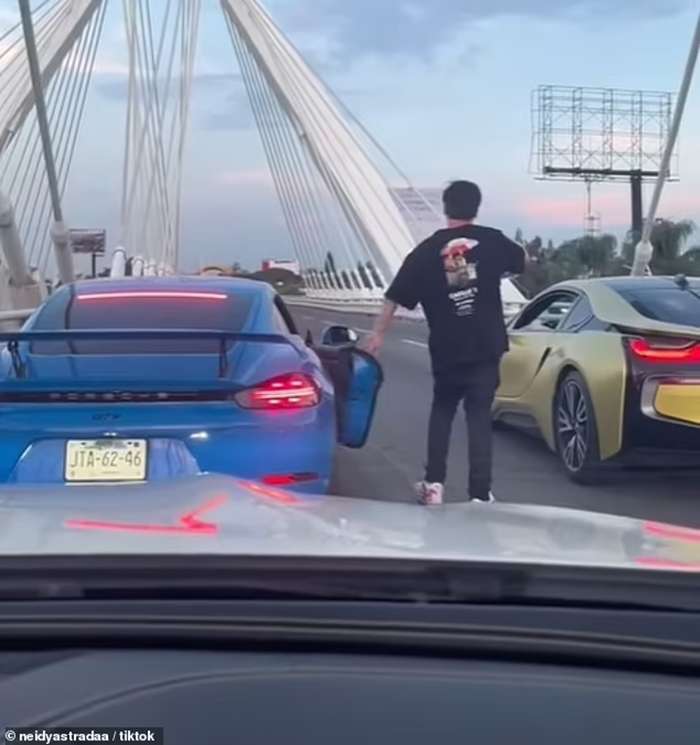 It is known that Márquez is famous on TikTok and many other platforms for his style of making videos that show off wealth and luxury parties.

Very quickly, the video attracted a wave of outrage from the online community. Most of them are criticizing him for obstructing traffic, acting like an idiot, etc. and calling on everyone not to let a lunatic become a youth idol by unfollowing TikTok. Ramiro Escoto, a famous MC also criticized: “This affects hundreds and thousands of people in traffic on the bridge. Maybe they are in a hurry to go somewhere or have a job, etc., but he does it just to show that he is rich”, and criticized the trend of virtual living on social networks that is making all the fame hungry like Márquez. Become famous.

Due to eating too many bricks, this guy quickly deleted the video, but unfortunately, the lightning-fast screen cap speed of netizens made the video spread quite widely.

See also: The man who summoned Pitbull and Becgie got into a fight with the neighbors