TikTokers banned in Nepal for destroying the environment

“Ban TikTok”, that’s what major tourist destinations in Nepal have put out to prevent tourists from taking pictures and videos indiscriminately.

According to Rest of World, in the past 2 years, spiritual tourist sites in Nepal have recorded many cases of tourists who are TikTokers massively visiting. However, instead of enjoying the scenery politely, these TikTokers joke, have fun, pose for photos and videos in a ridiculous way affecting their surroundings.

In many cases, they even bring large speakers to play music, step on the grass, etc. 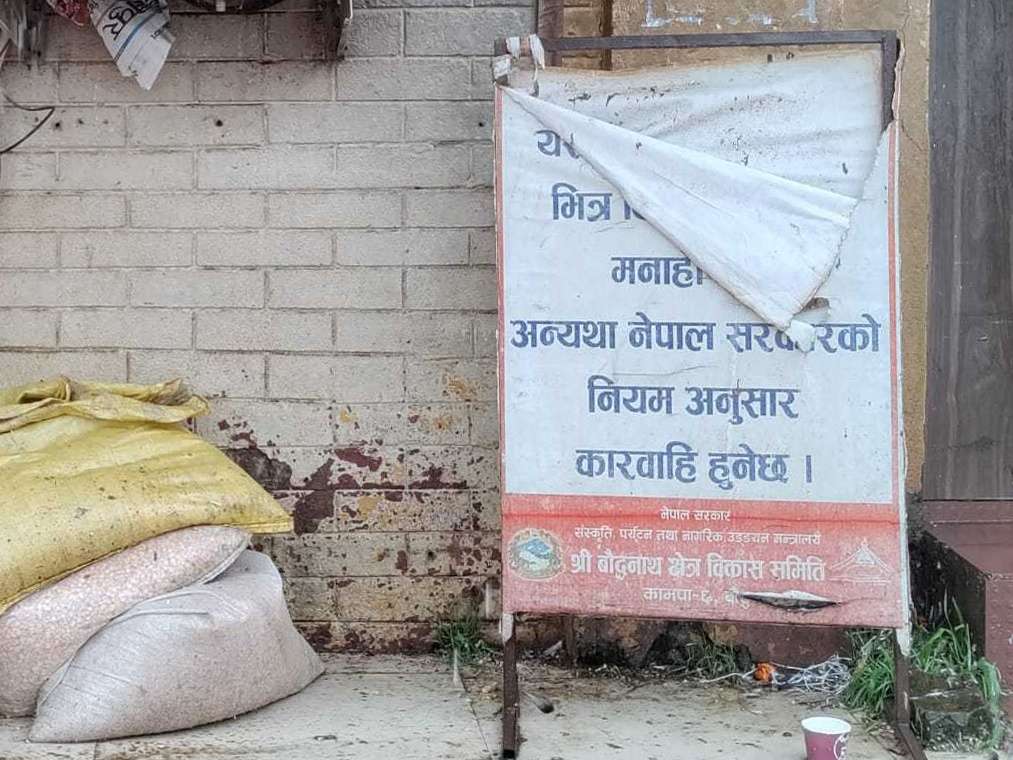 To prevent this situation from continuing, the management has no choice but to “ban” TikTokers from these locations due to their disrespectful attitude.

It is known that TikTok is the most popular entertainment platform in Nepal. According to a survey by the Sharecast Initiative Nepal, the number of people using the platform has increased from 3% to 55% in the last 2 years alone.

Explaining this outbreak, the cause was determined to be that from the time of the Covid-19 pandemic, Nepalese people had to lock themselves at home and had nothing to do, so they were “addicted” to the methods. online entertainment, including TikTok. Then, when the ban was lifted, they started going to scenic spots around the country to record videos and share on TikTok.

Many complaints have been made about TikTokers’ environmental destructive behavior: destroying nature, trampling gardens, obstructing traffic due to being busy filming. Farmers in Morang district, Nepal, had to harvest earlier than expected because many TikTokers trampled, damaging the flower fields.

The capital Kathmandu has just inaugurated a street decorated with colorful umbrellas to attract visitors, but it was also quickly closed due to new TikTokers coming to the famed place, leading to frequent occurrences. traffic situation.

“They, calling themselves TikTokers, come here to play music, dance continuously to record videos and have fun. They may be happy, but for the most part, the people around them are extremely annoying,” said Salman Khan, who regularly visits Lumbini and encounters this situation.

To solve this situation, within the past two years, sacred tourist sites in Nepal had to hang a “Ban TikTok” sign to prevent people from taking videos and posting TikTok videos, according to Rest Of World. The authorities also carefully monitor these destinations, and strictly ask those who intend to circumvent the law to leave the area.

“In order to prevent damage to the environment as well as ensure the security of other visitors, we are forced to ban all uses of TikTok,” said Sanuraj Shakya, a representative of the Lumbini Development Trust.

Even the council responsible for managing the Boudhanath Stupa, a sacred wonder in Nepal, installed surveillance cameras to tighten the ban on TikTok video recording. Security was also mobilized to monitor the visitors more closely.

Reacting to the above regulation, TikTokers said that it was too absurd:

“TikTok is just a means of entertainment, there is nothing wrong with it,” said Manisha Adhikary, a resident of Kathmandu and owning several hundred followers on TikTok. She also wants other TikTokers to be polite and respectful when visiting these locations.

“The government should ask them to respect the sacredness of these sites instead of banning them. Because TikTok is an effective means of attracting visitors and should not be ignored,” lawyer and journalist Gyan Basnet, told Rest of World.