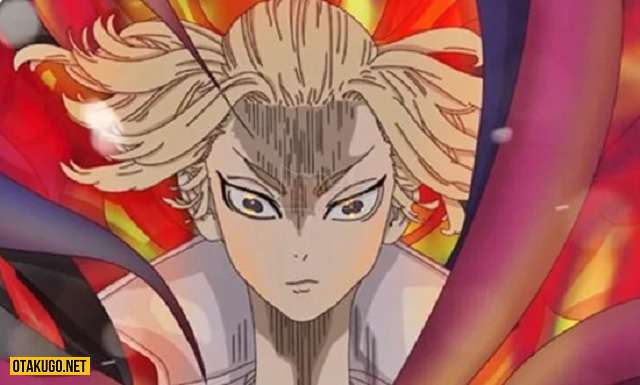 Chifuyu, who was fully injured, still got up to fight with his teammates, Chifuyu’s enthusiasm and determination gave some strength to the Tokyo Manji members, just because he didn’t want to let Takemichi fight alone. One by one in the team stood up, determined to win in this victory and defeat battle!

After louder and louder chants of ‘Toman’ filled the entire atmosphere, Mikey became very annoyed, which spurred his dark instincts to rise. One by one took Mikey’s blows, Takemichi was the first!

Not only attacking enemies, Mikey also deals damage to his allies. A bewildered Sanzu who had been kicked to the point of unconsciousness, Hanma who tried to calmly explain the current situation also received a kick from the chief. Mikey went crazy, punching everyone who dared to get in his way, until finally he alone wiped out both sides.

This great power comes from Mikey’s dark instincts, which in a split second has swept away both the enemy and us. After all, what kind of terrible power is this dark instinct, where does it come from? According to the flow of events, Sanzu seems to have a very good grasp of the source of this power and has probably been waiting for it for a long time. This is also considered a detail so that we can connect with Mikey’s past, understand more about this character.

Chances are that the next chapter will have a flashback, or if not, the development will definitely fall into the scene: Takemichi slams, will stand up solo 1-1 with Mikey. This pairing has been announced to meet each other from the previous chapters, so the author is highly likely to be building a development for the two to “smash” each other as soon as possible. And of Tokyo Revengers chap 263 is the best time for this!

However, the harsh truth is that to defeat Mikey, Takemichi really has no door. The only possibility of victory for Takemichi is his secret to foresight and his “brain intelligence”. However, before that, Sanzu had revealed that there was another time traveler. Whether Sanzu is that time traveler or is it Mikey. And is this dark instinct a product of Mikey’s time travel? We can only wait for an answer on the next chapter of Tokyo Revengers.

Tokyo Revengers chap 263 is expected to hit shelves on July 27, 2022. All information about the ‘spoiler’ of the manga and anime will be updated by OtakuGO as soon as possible.