After losing Mikey and his brother, he turns to a skinny old man who is known to be a toad jumper. And it didn’t take him long to kill that man to get those powers. But this also suggests that Takemichi may have killed someone to get those powers. Here’s everything you need to know about Tokyo Revengers Chap 272. 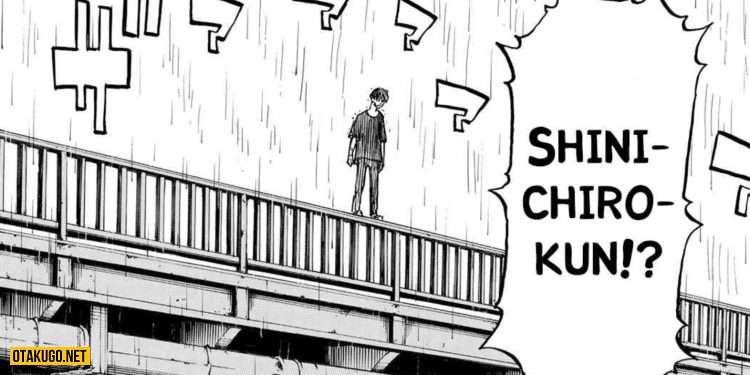 In the upcoming Chapter, a glimpse of July 30 will be shown. And we’ll also see how Shinichiro can change the events that unfold that day. There are many ways he can save his brother. However, only time will tell if this is better or worse.

After learning that Mikey was gone even though Shinichiro had taken care of him for months, he was heartbroken. So, in Tokyo Revengers Chapter 271, he went to see an old man known to be a time runner. Shin asked if he could have the strength of a man. However, the man said that there was only one way he could do it. Even humans have gained power with a lot of struggle. So, in order to gain the power to transcend time, Shin would have to kill people in front of him.

He killed the man out of rage, and nothing seemed to happen. The next day, Haruchiyo went to see Shin only to find his friend standing on the bridge. And before Haruchiyo could run to save him, Shinichiro jumped into the water. And so he woke up on the same day as Manjiro’s attack.

Tokyo Revengers Chapter 272: What Happens Next?

The story of how Shinichiro became a time traveler is going all the way. It shows that he must kill a man to get the power. This is the first timeline they talk about. But since then, many things have happened. For example, Takemichi has the same power and travels in the timeline multiple times. From the very first appearance, fans have predicted this power has something to do with affection. Because it was the handshake between Takemichi and Naoto that led to the two of them traveling in the past. But now that an old man is introduced, this really seems to be an acquired power. Tokyo Revengers Chap 272 will address similar questions. So here’s all you need to know about the plot.

As the story unfolds little by little, more secrets will be revealed. But for that to happen, you’ll have to catch Chap this week. So the final release date of Tokyo Revengers Chapter 272 is October 5, 2022. Fans will be able to view all chapters of the manga only on the official Kodansha sites. We will be sure to update this section with all the details. So follow OtakuGO for all the latest storylines.