Regarding the manga itself, Wakui has confirmed that the next chapter will be the last one, meaning Tokyo Revengers 278 will be the end of the manga. 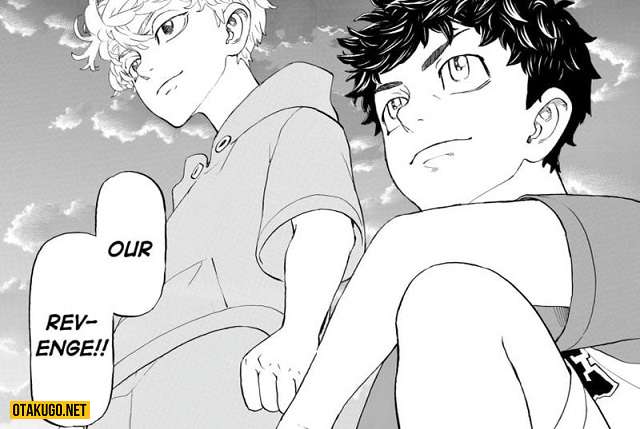 However, the latest chapter has left us with something interesting. It shows a passage of time in all the years Mikey and Takemichi have grown up together and set things right. And as a result, everyone is alive and well. Toman hasn’t been in all the previous timelines and neither has Hinata.

Furthermore, Wakui also clarifies the actions of Sanzu and Kisaki and why they are important figures in determining the direction of events. He shows us glimpses of Takemichi and Mikey being side by side until the final panel, where they happily disband Toman.

The final panel shows a period longer than 11 years. It left us with wedding bells at a church. This means we have a wedding to look forward to in the final chapter. Maybe Takemichi and Hinata!

Now that we’ve gone through the current plot, let’s see how Wakui might end the manga, i.e. fan predictions and theories. The manga is coming to an end so Wakui makes sure to tie as many loose ends as possible. However, the result was too hasty. The plot can be stretched to a good number of Chapters included in the latest installment of fast-forwarding events after Mikey and Takemichi leapfrog.

Another interesting fan theory is that Takemichi transferred time leap to Mikey as soon as he died. Since the ability always curses the user and everyone around them, in this case Mikey’s dark impulses are a curse that has descended upon him since Shinichiro used that ability to save him. . Another thing to consider here is that all previous ability users obtained it through violence or carrying malice in their hearts.

Thus, when Takemichi let Mikey surrender to his dark impulses, he also allowed him to let go of them. That’s how the curse was broken because Takemichi only had sympathy and love in his heart.

And when they finally held hands, Mikey received an ability from Takemichi, which resulted in both of them leaping in time. Maybe Takemichi became the trigger. Though it doesn’t explain how they both pass the time. In the end, the manga stays true to its concept. Mikey is the only one who needs to fix things and save everyone around. He’s the one who needs timelessness the most to get everything right. So when he does, the result is a happy ending that we’ll learn about in the next and last chapter of the manga.

Since the manga follows a weekly schedule, new chapters are released on Wednesdays. Therefore, Tokyo Revengers Chap 278 will launch on November 16, 2022. The last chapter is only a week away from a wedding.