When did Luffy use the Gear 4 technique in One Piece?

Here is an in-depth look at Monkey D.Luffy’s most powerful technique 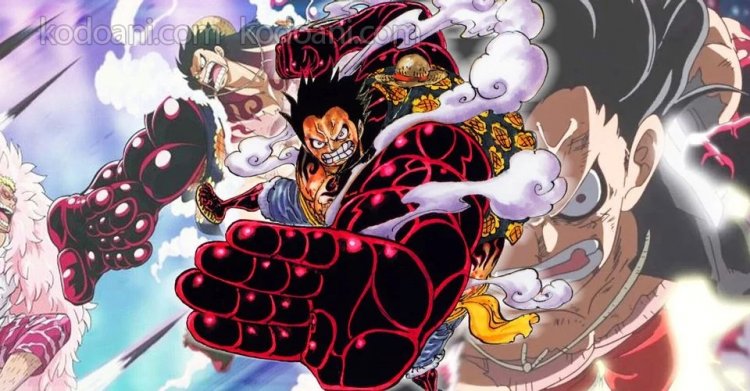 WARNING: The following contains spoilers for One Piece Chapter 1043

Skill Gear 4 Luffy’s has proven to be one of the most effective tools in Luffy’s abilities. Not only does it give him a much-needed edge in tougher battles, but it also helps Luffy stand up to opponents he’s normally stronger than usual. Even the Emperors of the Sea need to be careful when confronting Luffy in this form.

For Gear 4 How special, it doesn’t appear often. Luffy never even found a chance to use this technique until he had completed his New World journey well. Furthermore, it severely weakened him after each use, so it was often saved as a last resort. That’s fine, as it adds to the mystery when the technique finally comes out. With that in mind, here’s everything there is to know about Gear 4 and where it has appeared throughout the One Piece canon so far.

What is Gear 4 Technique In One Piece? By blowing air into his muscles, Luffy grows into a giant, top-heavy mass. He also envelops his body in Armed Haki and emits a distinct form of steam around him. This form allows to increase strength, speed and defense at the same time; that makes Gear Four one step ahead of the fast but weak Gear Second and the strong but slow Third Gear.

So far, three variants of Gear Four have appeared: Boundman, Tankman, and Snakeman. Most commonly, Bound Man allows Luffy to use powerful, force-based attacks. The punches that Luffy uses are terrible.

Tank Man seems to focus on defense rather than attack, and is great for absorbing enemy attacks. It can also knock down opponents and launch them like a cannonball. So far, only the bloated “Manpuku Version” of this form has been seen.

Snake Man is the speed-oriented version of this form. By sacrificing attack and defense, Luffy is able to deliver punches so fast that not everyone can dodge or block them accurately. It may not be as hard as Boundman, but it’s still formidable.

As powerful as Gear 4, Luffy can’t use it all the time. This technique drained him of both stamina and Haki. As such, Luffy can only draw it when he is sure he can win with it. 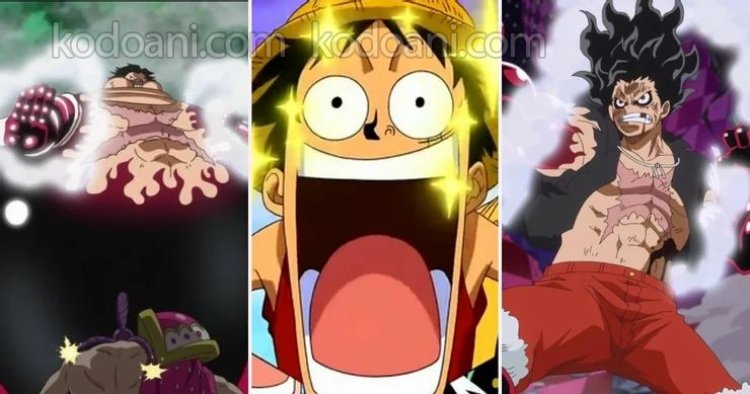 Luffy developed Gear 4 during his two years of training on Rusukaina. Initially, it was necessary to confront the huge animals that inhabited the island. Since then, it has become one of Luffy’s most trusted techniques for particularly difficult battles.

Gear Four debuts in Chapter 784, “Gear 4th,” when Luffy uses his Boundman state against Doflamingo on Dressrossa. Warlord was previously powerless against form on all fronts: attack, defense and speed. However, it still took Luffy a few tries to actually take down Doflamingo and keep him.

In Chapter 837, “Luffy vs. Commander Cracker,” Boundman is used again in the fight against Charlotte Cracker and his cookie army. When this didn’t work, Luffy resorted to cannibalizing the soldiers. Later, in Chapter 842, “The Power of a Full Stomach”, Luffy used Tankman’s “Manpuku Version” to finish off Sweet Commander. Despite how eating all those cookies made Luffy gassy, ​​Gear 4 made Luffy convert it all within minutes.

Luffy then used another agile Boundman in Chapter 871, “You Can Do It, Caesar!!” He was supposed to run away from Big Mom but had to turn around because of a big punch when she called him a coward. Unfortunately, Big Mon deflected her punch with her superior armed Haki.

Luffy used Gear Four twice more against Charlotte Katakuri. First, in Chapter 884, “Ai”, Luffy used Boundman against him when he was tilted for revealing his face. Later, in Chapter 895, “Pirate Luffy vs. Commander Katakuri”, Luffy used Snakeman to keep up with the Observation Haki who saw his opponent’s future and eventually defeated him. Many people still argue about whether Katakuri let Luffy win, but it’s possible that Gear 4 helped.

In Chapter 923, “Emperor of the Sea Kaidō vs. Luffy”, the Straw Hat captain used the Boundman in Wano on the drunken Beast Pirate captain. Unfortunately, this had little effect on Kaidō, and Luffy was quickly defeated. Luffy is later seen practicing armed Haki emission in tandem with Gear 4 in Chapter 955, “Enma.”

Luffy uses Boundman again to destroy a Tailed Beast Pirates ship in Chapter 975, “Kin’emon’s Clever Trick.” This case is notable for not draining the guy’s stamina. Whether that will become the norm is unknown.

Luffy also needs Gear 4 for the raid on Onigashima. He used it to help defeat one of the numbers in Chapter 990, “Army of One”.

In the end, Luffy used Gear 4 twice more against Kaidō. The first is in Chapter 1001, “The Battle of the Monsters on Onigashima.” The second time is in Chapter 1041, “Komurasaki.” Thanks to his training, he was able to deal damage to kaido. It looked like he could win, but was distracted and Kaidō managed to win. To end on a positive note, this loss seems to be the prelude to a new possibility for Joy Boy.