When will The Rising of the Shield Hero Season 3 release?

The show focuses on Naofumi Iwatani, an ordinary otaku from Japan who is summoned to the kingdom of Melromarc in an alternate world as one of its Cardinal Heroes. Endowed with a powerful shield, he was tasked with protecting the people from the hordes of multidimensional monsters that attacked the kingdom at regular intervals. First released on January 9, 2019, the isekai series became an instant huge hit. 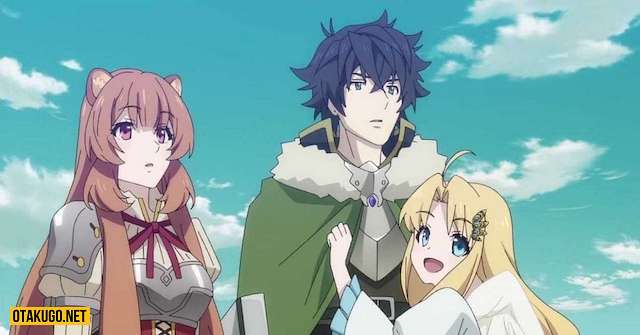 However, the second season of the anime failed to arouse the same hype, and it received a lot of criticism from critics for its poor writing and predictable plot and fight sequences. After the premiere of the season 2 finale, viewers must be eager to learn more about the show’s renewal and its chances of a comeback. If you also love the show and have the same curiosity, then we will help you.

The Rising of the Shield Hero Season 3 plot: What could happen?

In Tate no Yuusha no Nariagari Season 3, Naofumi and his party will go to the country of mercenaries called Zeltoble. There he will learn about the Colosseum, where warriors compete in groups or individually for fame and fortune. Though he doesn’t care about those things, the Hero of the Shield will eventually enter the competition when he learns that a cruel slave market is taking place beneath the Colosseum.

However, liberating the demihuman slaves would not be as easy as he imagined. Meanwhile, Raphtalia will reunite with Sadeena, an old family friend who left when her ex’s family was brutally murdered by a horde of multidimensional monsters. Once Raphtalia and Sadeena’s fight is over in the Arena, Naofumi will free her from Zeltoble. Sadeena will eventually develop a romantic interest in the Hero of the Shield and will be fairly tight-lipped about her feelings.

However, Naofumi will reject her flirtations. Meanwhile, the Shield Hero will have to confront assassins who are trying to kill him. Despite the persistent dangers on his way, Naofumi will shift focus to finding other Cardinal Heroes, which will put him in even more trouble.

The Rising of the Shield Hero Season 3 release date

Regarding the renewal of the isekai series, we have good news for fans. The anime was revealed for the second and third seasons in 2019 at Crunchyroll Expo. Although season 2 of The Rising of the Shield Hero was scheduled to premiere in 2021, the release date has been pushed back due to the global coronavirus pandemic – which of course also delayed the third season.

In the post-credits scene of the season 2 finale, the continuation of the series was reconfirmed via a short message that read, “Naofumi and his allies are still on their arduous journey.” .” The second part only includes a maximum of 9 volumes of the light novel series Aneko Yusagi and Seira Minami, 22 volumes have been circulated in the country. As a result, anime production is most likely already underway, thanks to the pre-renovation along with the availability of the source material.

While the latest season hasn’t generated the same hype as the first and also has average ratings on most online platforms, those factors no longer determine the return of the anime. Taking all the aforementioned factors into consideration and assuming that production is not experiencing any delays and is well underway, we can expect The Rising of the Shield Hero Season 3 will launch in early 2023.