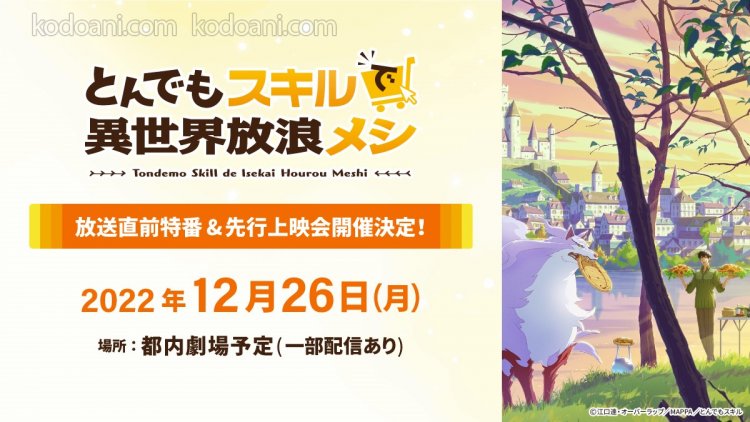 The anime will premiere on Tokyo TV and other channels in January 2023.

J-Novel Club is publishing both the light novel series and the manga adaptation of K Akagishi’s manga in English, and it describes the story:

Mukouda Tsuyomi, a modern Japanese boy summoned to the world of swords and magic…

I thought there would be great adventures waiting for me, but in reality Makouda is just a commoner caught up in the ceremony. [Triệu hồi Anh Hùng]

Realizing the true nature of hero summoning, Makouda left and inhabited a new world on her own with a unique skill. [Siêu thị trực tuyến]

And on top of that, a series of food-loving weirdos from the modern world appeared.

From there his adventure begins.