Discovered: Dinosaur embryo is completely intact inside a fossil egg

An extremely rare fusion of dinosaur embryos, discovered inside a fossil egg in a museum warehouse in China.

An extremely rare fusion of dinosaur embryos, complete with traces of articulation, has been discovered inside a fossil egg that has been dusting in a museum vault in China for more than ten years. This specimen resembles a fetus, estimated to be between 66 and 72 million years old, suggesting a remarkable connection between dinosaurs and contemporary birds. Inside the fossilized egg was an Oviraptorosaur embryo, thought to be about 27 centimeters (10.6 inches) long and the first instance of a dinosaur embryo with a similar position to a modern bird embryo. Oviraptorosaurs are a group of hairless, toothless tetrapods. This dinosaur performed a series of limb movements just before hatching, including bending its body and placing its head below its wings, but the evolutionary origins of this dinosaur were until recently unclear. .

The head of the “Baby Yingliang” specimen was found to be horizontal to the body, with the feet on each side and the back coiled around the blunt pole of the egg, the study’s authors found. They had never known avian dinosaurs before, which they said was “reminiscent of the embryos of late contemporary birds”. 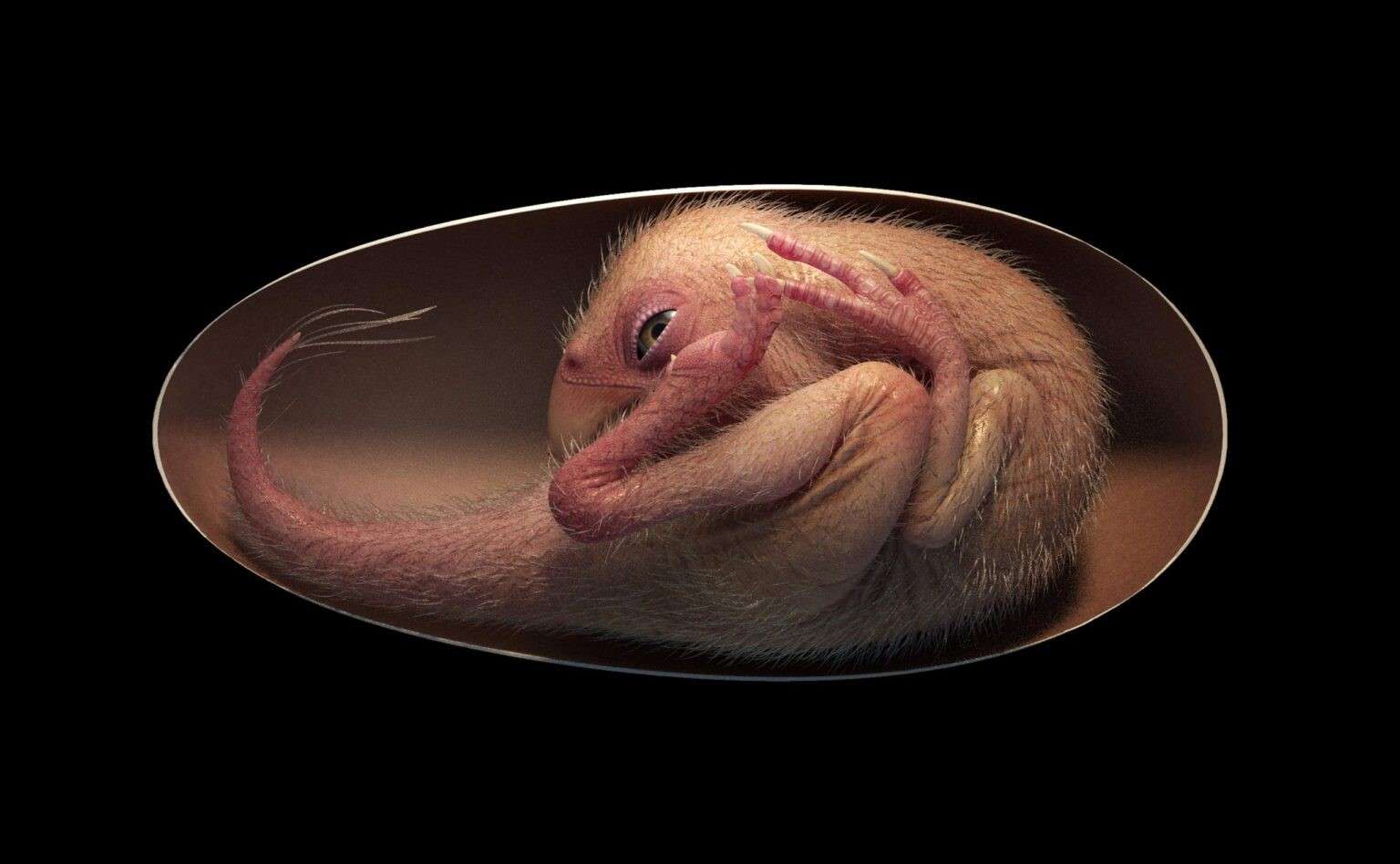 Birds are expected to stay snug throughout the birthing process, and those that don’t are less likely to survive leaving the egg.

In response to this exciting discovery, study author Professor Steve Brusatte said: ‘This small pregnant dinosaur looked exactly like a baby bird wrapped in its egg, which is still a lot. “There is evidence that many features of modern-day birds were originally derived from their dinosaur relatives.” Simulation image of the dinosaur Oviraptorosaur

“Baby Yingliang,” housed in the Yingliang Rock Natural History Museum, is one of the most complete dinosaur embryos ever discovered, offering scientists a unique opportunity to study an animal species. complete immature arthropods. The study’s authors also acknowledge that no firm conclusions about the nature of dinosaur embryos can be drawn from their observations because the fossil egg is just a preliminary discovery, they need must continue to do more in-depth research to be able to know more about the origin and development process.

See also: The world’s first plastic that decomposes into ‘sugar’