In SEA Games 31 competitions, this is the number 1 MOBA game in SEA in terms of downloads, a certain national game is missing.

As everyone knows, at this 31st Southeast Asian Games, there are 8 games that become Esports content. One of them is Mobile Legends: Bang Bang, an age-old MOBA game in the form of “old man” on the mobile platform. However, in addition to “longevity”, Mobile Legends: Bang Bang still proves that it is not a coincidence that this game was chosen as one of the names to become the competition content at the 31st SEA Games this time.

Because, if counting the entire Southeast Asian market, Mobile Legends: Bang Bang, not any other MOBA name, is the game ranked number 1 in terms of downloads. At the end of March, SensorTower listed the Top 10 most downloaded games in Southeast Asia in 2021. And surprisingly, Mobile Legends: Bang Bang ranked second in the Top 10 products with downloads and downloads. achieved the highest revenue on mobile platforms in the SEA market in the past year 2021. 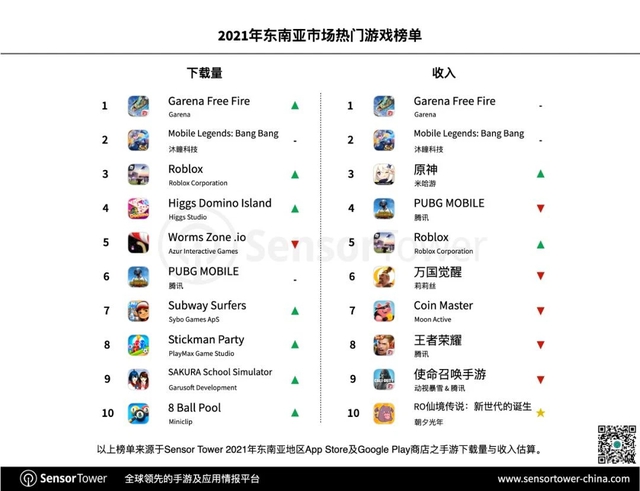 More interestingly, the Top 1 of this list is not a MOBA game at all. To be precise, in the top 10 mobile games with the highest downloads and highest earnings in Southeast Asia, only Mobile Legends: Bang Bang belongs to the MOBA genre.

Mobile Legends: Bang Bang captures a lot of market share with a large number of players such as Vietnam and especially Indonesia, Malaysia, Philippines, Myanmar and Singapore which are countries with extremely large number of players. That’s why, despite having to compete with many other mobile MOBA games, Mobile Legends: Bang Bang is still the product named in the list of games competing at two consecutive SEA Games. 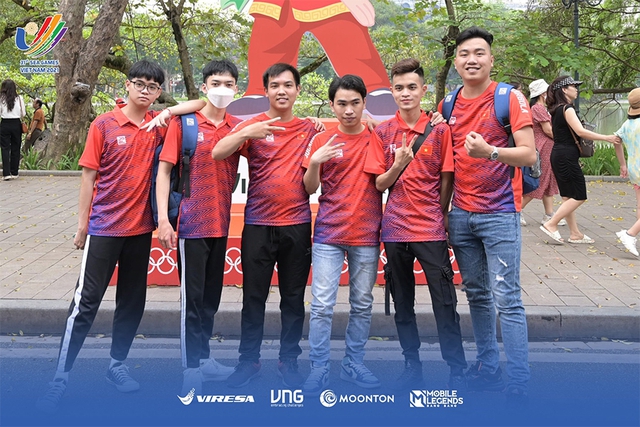 At this Southeast Asian Games, it is hoped that the Mobile Legends: Bang Bang team will have the opportunity to change the color of the medal when it has the advantage of playing at home. However, it should also be remembered that our team will have to face big names from other very strong markets such as the Philippines – the country that won gold at the 30th SEA Games held in Vietnam. at home in 2019. However, the opportunity of the Vietnamese team is not small, with the advantage of home field and the support of fans and gamers across the country, Mobile Legends: Bang Bang Vietnam is very will probably create a miracle at this SEA Games.