Right after the end of the 31st SEA Games, the League of Legends community had the opportunity to “push the boat” for the couple BLV Van Tung – MC Mai Dora. Since then, the two have often been discovered by fans of the “hidden head and tail” details such as the donation of LoL skins, donations on the livestream channel, many times of climbing ranks together, etc. of the BLV couple and the female MC. VCS.

And after a long time of hiding, Mai Dora has announced her love story to the fan community today. 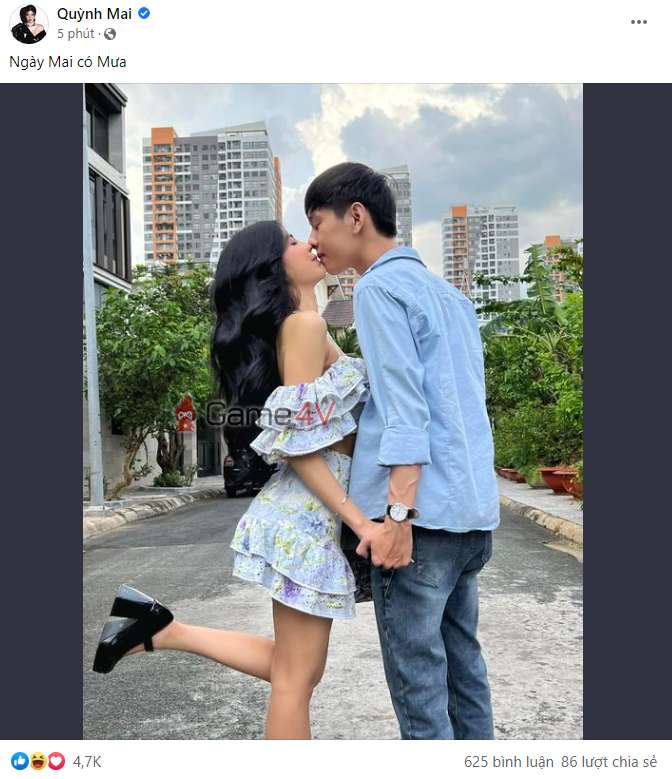 MC Mai Dora shared a picture of the couple “lips-to-mouth” on her personal Facebook.

Accordingly, the beautiful female MC of VCS posted a picture of “lips to lips” with BLV Van Tung with a pun on the status line: “It will rain tomorrow.” (BLV Van Tung also has another nickname, Rain)

Right below the post, the LoL community from friends, brothers to colleagues and fans all enthusiastically interacted with her photo: Previously, the VCS commentators like Hoang Luan also repeatedly hinted that the couple was dating, so the Vietnamese League of Legends community was not too surprised that this couple was dating. However, the “crew members of Captain Van Tung” are curious to see how the couple will “pay off” in the near future.

See more: GAM and SGB ‘passed’ Visa, but Zeros is the one who gets the most name from the community